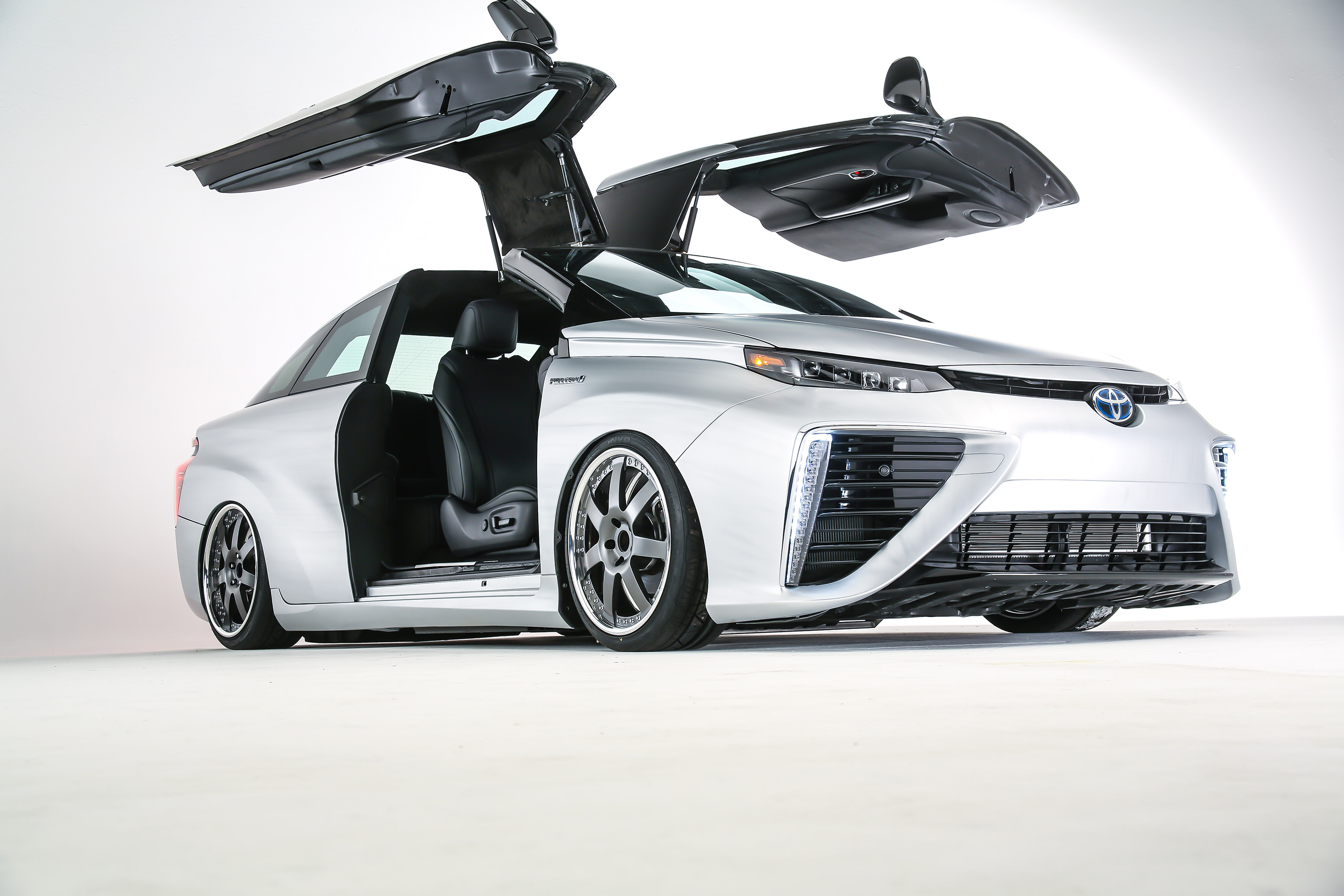 The New York International Auto Show is in full swing, and with every auto show comes another set of awards. This year, the NYIAS was home to the announcement of the 2016 World Green Car, which was announced on Friday in a press conference. I believe I can fly! | Image courtesy Toyota

The award is in its 12th year, and while it was slow on the green car front for the first few years, there are now quite a few battery-electric vehicles (EVs) and plug-in hybrid electric vehicles (PHEVs) that offer owners a much lower carbon footprint and, in some cases, completely enable decoupling driving from emissions.

This award winner is chosen by a panel of 70+ international automotive journalists that vote on a winner each year. The list of 8 finalists was pared down to a short list of 3, which included the Chevrolet Volt (PHEV), the Toyota Prius (Hybrid), and the Toyota Mirai (Hydrogen Fuel Cell). The official press release shared that finalist vehicles had to be:

“All-new, or substantially revised, in production and introduced for sale or lease to the public in quantities of at least 10 in at least one major market during the period beginning January 1, 2015 and ending May 31, 2016.  Tailpipe emissions, fuel consumption, and use of a major advanced power plant technology (beyond engine componentry), aimed specifically at increasing the vehicle’s environmental responsibility, were all taken into consideration.”

The 2016 winner is the Toyota Mirai, which seems like a really odd selection to those of us in the cleantech industry because it’s not actually being sold at the moment and it’s not actually that green. Toyota put deliveries of the Mirai on hold in January because there simply isn’t enough of a fueling station network to make the car viable. The big number here is 23. That’s the number of hydrogen fueling stations in the US today. Total.

It’s the ultimate chicken or egg question… but why spend any of it? Basically, would we pay to install a completely new, trillion-dollar infrastructure when battery-electric vehicles just need a normal wall outlet… at any of the billions of locations in the world that already have them? Makes no sense to me.

The Mirai continues the Toyota push for a technology that still has several major hurdles to overcome before it could even be considered a viable car for anyone not living within ~10 miles of the existing hydrogen filling stations. Even beyond that niche market, there are significant issues with hydrogen and fuel cells which we have discussed in great length here and on EV Obsession.

Back to the award, this is another example of mainstream automotive media not penetrating an emerging market sufficiently prior to locking in on a candidate. It’s unfortunate, but as the market continues to evolve, let’s hope that mainstream industry “experts” start doing their research into what a green car actually is before making their collective voices heard… or at least play it safe and vote for the Volt.

Don't want to miss a cleantech story? Sign up for daily news updates from CleanTechnica on email. Or follow us on Google News! Have a tip for CleanTechnica, want to advertise, or want to suggest a guest for our CleanTech Talk podcast? Contact us here.
In this article:Chevy Volt, hydrogen fuel cells, Toyota Mirai, Toyota Prius