How much should we invest in renewables by 2040 to make the electricity sector compatible with a 2°C scenario? $12.1 trillion, says BNEF.

Data released last week by BNEF and CERES on the occasion of the 2016 investor summit on climate risk suggest that $12.1 trillion of renewable energy investments could be needed by 2040 to make the electricity sector compatible with a 2°C scenario.

This represents an average of $485 billion per year, or a 47% increase from last year’s record levels of $329 billion. Non-OECD markets, which will be driving energy demand over the period, would be the main recipients, attracting 65% of total investments over the period (from 50% in 2015).

While the overall debt/equity ratio of the investments does not radically change over the time period (roughly 70/30), the nature and respective share of the debt and equity instruments are expected to evolve to reflect the increased familiarity of investors with renewable energy investments and the regions in which those investments are made.

On the equity side, experts interviewed by BNEF as part of its research expect the use of public-market instruments such as yieldcos could reach up to 36% of total equity financing by 2040 – from about 24% over the next five years. In addition, as institutional investors become more familiar with the risk-return profile of clean energy investments, they might also increase their direct equity investment in renewable energy infrastructure projects. As a result, according to the expert panel, the share of direct equity investment provided by institutional investors could account for up to 23.5% of total equity finance by 2040.

As for the debt side, a growing green bond market and a higher reliance on securitization for the financing of distributed power generation projects could see an increased role for asset-backed securities in financing clean energy. In the same way, the role of on–balance sheet financing is expected to increase as utilities become more active in deploying renewable investments and refinance their investments by issuing debt. The result is a decrease in the role of bank financing from about 60% of total debt finance today to about 30% in 2040.

The real challenge in achieving the necessary increase in investment, of course, will be to get capital to move from OECD (where the money is) to emerging markets (where investment will have to happen but where capital markets are less mature).

The issuance of national standards for green bonds, as was recently done in China, will be an important way to help an already growing market expand even faster. But while similar standard-setting efforts are in development in other emerging markets, including India, they are unlikely to be enough on their own to deliver the ambitious goals some of them have set.

India’s nationally determined contribution, for instance, aims to increase the share of non-fossil power generation to 40% by 2030 (from just 13% today). Wind and solar will be a key part of that effort, with the goal of deploying 100 gigawatts (GW) of solar and 60 GW of wind by 2022, for an estimated costs of about $200 billion, 70% of which will have to be financed through debt. “This creates a double-digit dollar returns for institutional investors if they can feel comfortable about the risk. The key thing is about government to work with institutional investors to reduce that risk,” said Uday Khemka, Vice Chairman of SUN Group, during the 2016 Investor Summit on Climate Risk, a conference held in New York City last week that I attended for CleanTechnica.

Use of partial credit guarantees and infrastructure debt funds will need to be part of that solution. And they are urgently needed. More than 85% of India’s coal power plants use subcritical technology, according to the IEA. “If India doesn’t have a financial solution to the fact that cost of capital is 17%,” said Executive Secretary of the United Nations Framework Convention on Climate Change Christiana Figueres at the summit, investors might keep investing in coal.

Policy efforts and technology cost reductions have brought renewable energy investment levels in India back to their 2011 levels. So far, however, there hasn’t been any substantial sign of a “Modi bump,” noted Michael Liebreich, Chairman of the Advisory Board at Bloomberg New Energy Finance, in his address to the investor summit on climate risk. If India is to reach its climate goals, he noted, we need an increase in investment figures “pretty darn quickly.”

The methodology behind the new analysis and a more in-depth presentation from BNEF and CERES can be found here. 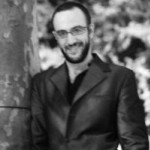