The 2017 Volkswagen e-Golf will be getting a notable boost to its range, as compared to earlier model years, according to recent reports.

Owing to improved battery technology, the new model year will reportedly possess a single-charge range roughly 30% larger than earlier models — with a range of around 108 miles, up from the 83-miles-per-charge range (EPA rated) of the current model year.

The news is coming via Volkswagen’s electronic-development chief Volkmar Tanneberger (via Autoblog Green) so seems likely to have some truth to it. The e-Golf’s current 28-amp-hour battery cells will reportedly be replaced with 37-amp-hour ones — allowing the increase in range, without requiring more space.

That will bring it to near-parity with the 2016 Nissan Leaf, which has a 107-mile range with the optional 30-kilowatt-hour battery pack. Nissan still offers the smaller 24-kWh pack in the base 2016 Leaf S, and it still has a 1-mile advantage over the 2016 e-Golf with 84 miles of range.

However, the e-Golf currently has a marginally higher efficiency rating than any Leaf model, at 116 MPGe combined. (MPGe is a measure of how far a car can travel electrically on the same amount of energy as contained in 1 gallon of gasoline.) In comparison, the 24-kWh Leaf is rated at 114 MPGe combined, while 30-kWh models are rated at 112 MPGe combined. It’s unclear whether that advantage will hold after Volkswagen makes its range-boosting modifications.

The 2017 model year will also reportedly feature a “high-tech” revamping of the electronic interface. A launch date has yet to be revealed for the 2017 Volkswagen e-Golf, so the exact date that the increased range will be available to US buyers is still unknown.

The model remains something of a “compliance car” for the company though, so those outside of relevant states/districts (California, New York, New Jersey, Oregon, Maine, Maryland, Connecticut, Massachusetts, Vermont, Rhode Island, and DC) probably don’t have a reason to take heed of any of this. 🙂 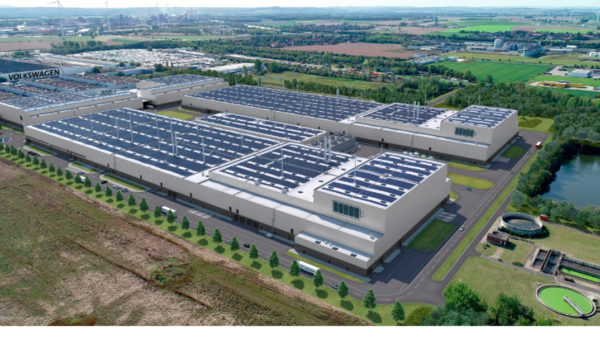