From our correspondent on the spot, Jessica Langerman:

The other night, over twenty Citizens Climate Lobby volunteers crammed into a small Paris apartment to absorb the extraordinary news of the day: President François Hollande of France had joined other heads of state as well as World Bank Group President Jim Yong Kim to introduce the Carbon Pricing Leadership Coalition.

There are really four “pillars” to the COP21 process:

Inspired by the Citizens Climate Lobby and spearheaded by the World Bank, the CPLC is a new global organization made up of UN agencies, 12 national governments (including Canada, Germany, France, Belgium, Italy, Switzerland, and Spain), five subnational governments (Quebec, British Columbia, Alberta, Ontario, and California), and more than 60 businesses (including BP, Enel, and Shell). The goal of CPLC is to expand the use of effective carbon pricing policies that can maintain competitiveness, create jobs, encourage innovation, and deliver meaningful emissions reductions.

The launch of the Carbon Pricing Leadership Coalition was the first time in UN climate talk history that heads of state have agreed to sit at same table as nongovernment agencies and businesses — including oil company executives — to decide how to deploy carbon-pricing solutions across the world by 2020. That mission is endorsed by not only the World Bank, but also by the International Monetary Fund, the Organization of Economically Developed Countries, and the UNFCCC. It is, said Robertson:

“The first time in history that someone like Angela Merkel will sit at the same table as someone like Mark Reynolds, the Executive Director of the Citizens’ Climate Lobby, and the two will have an equal voice.  This is a real thing that has now been established and will start to do business in 2016.”

By accomplishing these goals, CPLC will work to advance the long-term objective of an economy-wide carbon price:

This is a thrilling moment for many who had doubted the emergence of meaningful carbon pricing action from COP21, and one overlooked by many examining only the text of the conference. Robertson adds:

“There is a fundamental misunderstanding in the whole conversation about Paris in relation to carbon pricing, which is the assumption that if something isn’t in the text of the Paris agreement, it doesn’t exist. Most people assume that the formal agreement with legal decisions voted on by governments is the obvious final outcome of the conference.  However, it [the outcome] is not so much an agreement, as a package.”

Let’s hope the French neighbors didn’t mind an explosion of cheers late at night from the windows of that quiet apartment building in the center of the Marais.

Stay with us here at Important Media for diverse stories and commentary from our team of experts and correspondents, great original photos, video, important links, and predictions throughout COP21. Your thoughts and comments are always welcome!

Appreciate CleanTechnica’s originality and cleantech news coverage? Consider becoming a CleanTechnica Member, Supporter, Technician, or Ambassador — or a patron on Patreon. Don't want to miss a cleantech story? Sign up for daily news updates from CleanTechnica on email. Or follow us on Google News! Have a tip for CleanTechnica, want to advertise, or want to suggest a guest for our CleanTech Talk podcast? Contact us here.
In this article:carbon pricing leadership coalition, COP21, Francois Hollande, IMF, International Monetary Fund, Jim Yong Kim, Joe Robertson, Organization of Economically Developed Countries, UNFCCC, World Bank 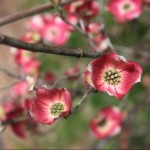 is President of Climate XChange, a 501(c)(3) dedicated to building the political will to enact economy-wide carbon pricing legislation in Massachusetts. With energy economist Cathy Carruthers, Jessica commissioned a seminal econometric study analyzing the impact of environmental tax reform in Massachusetts. Subsequently, she organized, founded, and assembled the board for Climate XChange. Jessica is a freelance writer and former high school English teacher with a masters in education from the University of Massachusetts. She is a mother of three and home schools her youngest son in Wellesley, MA.