Low- to mid-income New York residents will find it a bit easier, financially-speaking, to get a home solar power system, thanks to the launch of a new program from NY-Sun called, aptly enough Affordable Solar. This program will effectively double the incentives for solar installations on homes owned by low- to moderate-income New Yorkers in a bid to expand renewable energy in residential settings in support of Governor Cuomo’s Reforming the Energy Vision (REV) goals.

NY-Sun, the Empire State’s solar initiative, is administering the program, which was announced by the New York State Energy Research and Development Authority (NYSERDA) yesterday, and which is expected to initially support up to 4,500 new residential solar projects. These low- to moderate-income homeowners, earning less than 80% of the area or State median income, are typically shut out of the solar revolution due to lack of access to adequate capital to buy a system, even as these same residents would greatly benefit from the lower electricity bills that a home solar array could deliver.

“Affordable Solar expands solar energy to households most in need of the electricity cost reductions that solar provides and enables them to participate in Governor Cuomo’s REV strategy. We expect to see strong interest in this program from solar installers and residents.” – John B. Rhodes, President and CEO, NYSERDA

Participants in the New York Affordable Solar program will go through a standard household income verification process, as well as an energy efficiency assessment of the home’s electricity use, which may identify a need for a more efficient water heater or lighting system to reduce electricity consumption, and those upgrades will be done to the homes before a solar array is installed.

The Affordable Solar program will be able to spend up to $13 million toward the goal of greater solar electric participation by low- to moderate income residents, of which half will be used to cover the doubled incentives, and the other half will be retained to be used for shared solar projects in the future, which will benefit renters and other potential solar users.

Don't want to miss a cleantech story? Sign up for daily news updates from CleanTechnica on email. Or follow us on Google News! Have a tip for CleanTechnica, want to advertise, or want to suggest a guest for our CleanTech Talk podcast? Contact us here.
In this article:affordable solar, New York, new york solar, NY Sun, NYSERDA 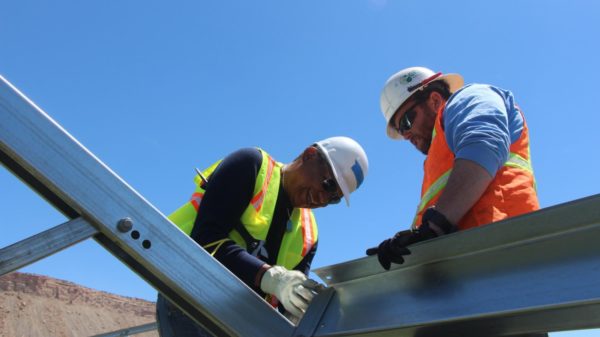 One of the biggest problems in air pollution from motor vehicles is when they sit and idle. Anyone nearby, especially for diesel vehicles, gets...