SunEdison has agreed to sell 116 megawatts (MW) of solar power to the Texas utility Luminant, which is the largest utility in the state. Currently, most of Luminant’s electricity is produced by burning coal. Additionally, Luminant is the largest miner of lignite coal in the state of Texas, producing about 30 million tons annually.

SunEdison’s new 800-acre Castle Gap solar facility in West Texas will provide the solar power to Luminant, and it has been estimated that the amount delivered will be enough to electrify about 18,000 homes (with adequate sunlight, of course). Luminant will sell the electricity to the ERCOT market.

SunEdison generously answered some questions related to the project for CleanTechnica.

In this particular PPA, how cost-competitive is solar with gas and/or coal?

Luminant chose to buy the energy from this project because its price was competitive with gas and coal. What made this deal unusual was that it was undertaken not to meet a government mandate or a corporate sustainability goal but on pure economics. Similarly, the town of Georgetown in Texas made a similar deal — buying 150 MW of solar energy from SunEdison because of the low cost.

Solar energy has arrived. Not only is it able to generate clean energy without emissions, but it can do so at a price that is competitive – or can even beat – the traditional generation sources.

Isn’t construction of a solar power plant much faster than building a natural gas or coal power plant?

Depending on the size of a project, a solar project can take as few as a couple of months to up to a year to build. Fossil fuel projects require a longer time to permit and build.

Are maintenance costs for solar power plants also generally much cheaper than for natural gas and coal plants?

Texas has plenty of sunshine and ample amounts of open space. Is it conceivable that parts of Texas will eventually be powered by all solar or a combination of solar and wind?

We sure hope so!

The fact is that Texas has led the nation when it comes to the development, construction, and operation of wind energy in the US. Solar energy is the next thing that could take off there. Last year, 11% of the electricity used in Texas came from wind, and that’s only going to increase. As more companies like Luminant and HP buy clean renewable energy, the amount of renewables in Texas will only rise.

The estimate that 18,000 homes could be powered by the solar electricity from the PPA — how was the generated?

We based it on expected generation from the project and EIA projections for average home electricity use in Texas.

Will there be any backup for the solar power for periods when weather interferes with optimal solar production?

Solar energy only produces when the sun is shining. But in those cases, other generation sources fill in.

What makes this PPA historic and does it have potential to inspire similar ones in the future?

It’s historic in that Luminant, which primarily generates its energy from coal, is buying the energy from a solar project because the solar power is actually competitive with other energy sources.

Solar power historically has been perceived as something “environmental.” Now that perception seems to be changing. Is solar power being seen as more acceptable or even “mainstream” now?

Absolutely. Solar energy was previously viewed as being an expensive alternative to fossil fuels. Those days are ancient history. In fact, solar energy generates clean energy at a price competitive with other generation sources without the negative environmental impacts. Utilities like Luminant, and communities like Georgetown, recognize that solar energy can save their customers or residents money.

Don't want to miss a cleantech story? Sign up for daily news updates from CleanTechnica on email. Or follow us on Google News! Have a tip for CleanTechnica, want to advertise, or want to suggest a guest for our CleanTech Talk podcast? Contact us here.
In this article:ercot, Luminant, SunEdison 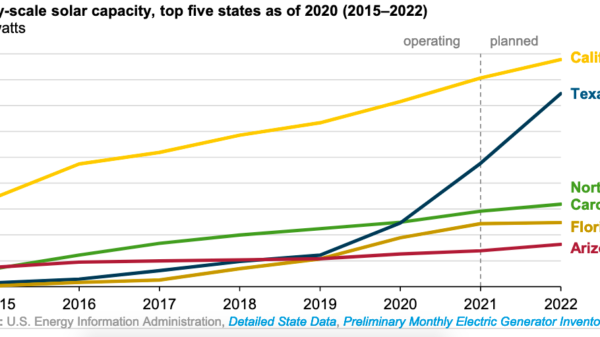