Bernie Sanders has made a media splash since his campaign began, and Kalev Leetaru not only writes about it at Forbes but also has the charts which detail how even the major media outlets are starting to FeelTheBern:

The timeline above shows the percentage of all mentions of any Democratic candidate from January 1, 2015 to present on national television networks Aljazeera America, Bloomberg, CNBC, CNN, Comedy Central, FOX Business, FOX News, LinkTV, and MSNBC that were of each candidate.

For the first four months of this year, Hillary essentially enjoyed the Democratic field to herself, hovering around 90-100% of all mentions. April 30th, when Bernie Sanders officially declared his candidacy, changed all of that, as he suddenly rocketed to 34% of all coverage by the following day. Hillary regained ground over the following weeks until Sanders’ official kickoff rally in Vermont on May 26th, at which point he has stayed between a quarter and a third of all Democratic candidate mentions ever since.

On June 19th, with his Las Vegas rally and Bill Maher appearance, Sanders came within striking distance of Clinton’s media monarchy, claiming 47% of all Democratic candidate mentions that day to Clinton’s 49%, and again on July 18th with the Democratic Party Hall of Fame Dinner in Cedar Rapids, Iowa, when he claimed 43% of mentions to Clinton’s 46%. (Though it should be noted that both of these dates represented days of lower-than-usual coverage of the Democratic slate).

Interesting, in the two word clouds below one is able to see the focus of the coverage and whether it is positive or negative. The first is for Hillary: 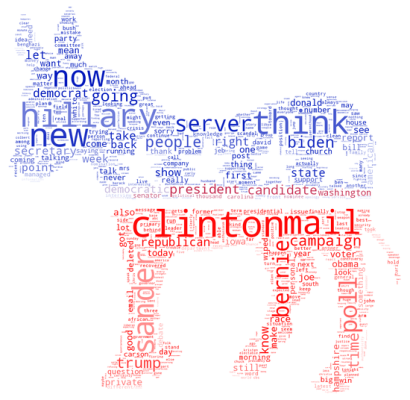 The second is for Bernie: 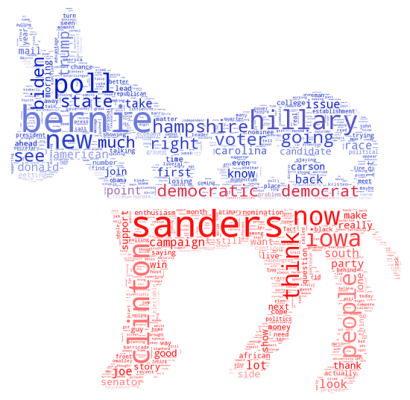 So although Hillary is still ahead in media mentions, the mentions tend to negative narratives such as email, server etc.

Meanwhile, mentions of Bernie just tend to talk about the horse race – and in keeping with MSM, don’t mention policy enough to even register.

Appreciate CleanTechnica’s originality and cleantech news coverage? Consider becoming a CleanTechnica Member, Supporter, Technician, or Ambassador — or a patron on Patreon. Don't want to miss a cleantech story? Sign up for daily news updates from CleanTechnica on email. Or follow us on Google News! Have a tip for CleanTechnica, want to advertise, or want to suggest a guest for our CleanTech Talk podcast? Contact us here.
In this article:Bernie Sanders, Forbes, Hillary Clinton, US elections Forbes Pours On The Anti-EV FUD After Hurricane Ida

Forbes ramps up its anti-EV rants.