Making sense of the recent announcement by NTPC as India’s Solar Industry works towards the achievement of its globally stated ambition to achieve a capacity addition of 100 GW of solar power by 2022.

The suddenness in the acceleration of the solar initiatives being launched by the Government of India has not only taken our country by surprise, but also caught industry participants off guard. It would thus be natural, in a sense, to assume the difficulty the global community has fathoming the pace of developments that the solar industry in India is presently witnessing. Especially in the backdrop of India’s historical ‘Hindu rate of growth.’

What may warrant attention nevertheless — although slightly departed from an economic or business perspective — is that, while the growth of the Indian economy has always metaphorically compared with the movement of an elephant, in Hindu mythology, the Chariot of the Sun is drawn by seven white horses.

If the Chariot were to symbolize our nation’s resolve to make electricity available to all citizens and make India a global destination for manufacturing, and the Sun were to represent the potential that solar energy today has, to facilitate the achievement of this desired objective, then each of the following 7 ideals that we are witnessing as India pursues its solar ambition may fittingly portray one of the 7 horses that is drawing the Chariot of India’s Solar Mission forward.

India’s power sector is one which is saddled with the history of a chequered past. Accumulated debts and cumulative losses limit the ability of state electricity boards to offtake relatively more expensive solar power from power plants that the government is pushing the construction of through various schemes and benefits. Hence there is a logical constraint on the long-term viability of such proposed initiatives to make India energy sufficient by emphasizing on renewable energy generation in lieu of conventional energy sources.

As a result, the flow and scale of investment required to enable India to achieve the envisioned addition of renewable energy capacity has so far been limited by the fear of delinquency of a financially overstretched counterparty who was the purported offtaker of the generated power. This undeniable fact, along with the inherent currency risk that is associated with inflationary economic growth, have cast a veil over the future potential that India’s power sector holds as an investment destination for Global Capital.

However, in between this chequered past and uncertain future is the determination of the present – which provides a firm belief that India’s repeated assertion of its intent to scale the installed solar power capacity from 3 GW to 100 GW by 2022, is not merely an aspiration, but in fact a pursuit driven by definitive action.

Over the past few months in the follow-up to Re-Invest 2015, India’s Solar Industry has been the subject of unparalleled global attention. The government has in turn proactively engaged with global investors, taken concrete steps towards the implementation of its earlier announcements, and sought the flow of technical knowledge and financial assistance across international boundaries from the world’s leaders in renewable energy.

In the backdrop of this intent, and in a display of adaptability of policy to align with the demands of global capital markets, the recent announcements made by NTPC (National Thermal Power Corporation) – which is India’s largest energy conglomerate and 431st in the ‘2015, Forbes Global 2000’ ranking of the world’s largest companies – assume increased significance.

The key takeaways from the announcements made for the global investor community and solar industry participants seeking to enter the Indian solar market are:

NTPC – which is a government public sector undertaking and one of only 4 companies to have been awarded ‘Maharatna’ status – would buy 15,000 MW of solar power on behalf of the Ministry of New & Renewable Energy (MNRE) by buying power on their own balance sheet.

Guidelines for the allocation of 3,000 MW out of this 15,000 MW (the first tranche of this allotment) have been finalised, and the tender for 500 MW of this said capacity was released last week.

NTPC provides a far more secure counterparty to invest with, as compared to the financially stretched State Electricity Boards, who had till date been the sole offtakers of power – which had led to scepticism in the flow of investment to India in the desired scale.

The 15,000 MW solar power being bought by NTPC in lieu of state electricity boards will be in addition to NTPC’s own plans to set up 10,000 MW of solar power capacity in a power developer mode, for which it would be awarding EPC contracts to companies having requisite experience in the execution of large-scale EPC projects – thus, with a technical understanding of the solar industry.

3,300 MW is the capacity addition that has been rolled out as the first tranche of this initiative of NTPC, for which 250 MW was recently awarded for the state of Andhra Pradesh, with an additional 500 MW due to be tendered in May ’15 and 250 MW in June ’15.

For the allocation of these capacities to interested companies, NTPC will run a reverse bidding process for the procurement of solar-powered electricity and — under the aegis of the Ministry of New & Renewable Energy — are also in the process of finalising the guidelines for procuring such produced power in dollar-denominated tariffs to reduce currency risks for international investors sourcing offshore capital investments.

NTPC has also pledged to provide a purchase guarantee, making such projects bankable and thereby helping solar power eventually cost the same as that purchased from the grid.

This is when the economic viability of procurement of solar power vis-à-vis conventional power will drive the growth of the industry independent of the support of the government and regulatory enforcement on state electricity boards to purchase comparatively more expensive power.

NTPC would sell the power it buys to the states, initially by bundling the procured solar power with unallocated conventional power to bring tariffs down, and with the scale of deployment being envisaged to be largely unparalled, it is expected that economies of scale would further drive the cost of solar power to grid-parity.

The announcements made by NTPC display the alignment of all our nation’s resources to facilitate the achievement of the lofty goal which has been set by our country’s leadership. This, in itself, is a task worthy of commendation, as governing a federal democracy brings with it its own challenges, which are often overlooked in a global perspective.

In addition to NTPC, the state government’s and SECI (Solar Energy Corporation of India) continue to release their own tenders for the establishment and procurement of power from power plants established on rooftops, warehouses, ground-mounted installations, just as private developers are independently developing solar parks for the sale of power under the ‘Open Access’ schemes of various states.

The scientific interpretation of course of the 7 horses that draw the sun god’s chariot is that they each represent one band of the visible spectrum of light, which we see in the form of a rainbow, when a ray of light breaks through clouds of darkness.

But just as the beauty of a rainbow lies in it’s unannounced arrival, the rarity of its occurrence, and ephemerality of its presence, so too is the charm of India’s solar revolution in the unprecedentedness of its scale, the confidence in its achievement, and the strength of the nation’s resolve to make it happen in the face of all doubt and uncertainty.

Appreciate CleanTechnica’s originality and cleantech news coverage? Consider becoming a CleanTechnica Member, Supporter, Technician, or Ambassador — or a patron on Patreon. Don't want to miss a cleantech story? Sign up for daily news updates from CleanTechnica on email. Or follow us on Google News! Have a tip for CleanTechnica, want to advertise, or want to suggest a guest for our CleanTech Talk podcast? Contact us here.
In this article:India, India Solar Power, NTPC, Ornate Solar 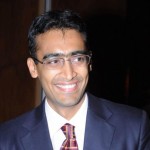 Aditya is Executive Director at Ornate Solar and a keen follower of evolving technological trends in the energy sector. Ornate's mission is to promote and establish Solar Energy in India as affordable and cost-effective plurality of power in the coming decade. To know more visit www.ornatesolar.com