The Mpumalanga province in eastern South Africa has been prone to frequent load-shedding like the rest of the country. Now this is ironic because “Mpumalanga” literally means “the place where the sun rises.”

Just over a week ago, South African utility Eskom was forced to implement rolling blackouts for the second time this year after the coal silo of its 4.1-GW coal-fired power plant collapsed. This affected much of the country, including Johannesburg. 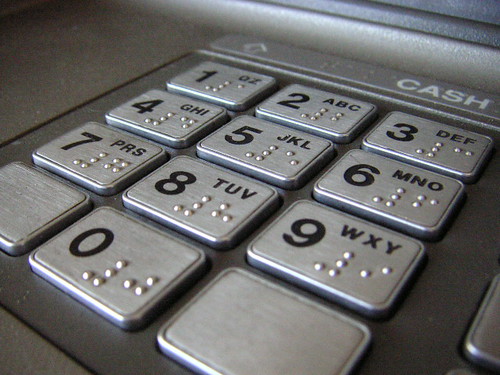 ATM keypad at a bank.

There could not be a better time to report the news that South Africa’s first solar ATMs have started operating in Mpumalanga. A number of solar ATMs were rolled out across the state by ATM Solutions, which is a subsidiary of Johannesburg-based payment service provider Paycorp Holdings.

While the ATMs still draw power from the grid, the solar panels have been sized up with battery storage to provide power during blackouts. ATM Solutions shared with much excitement that a solar ATM operated uninterrupted for a full week during testing without drawing any electricity from the main grid. When it ran out of energy the machine simply switched itself off during the seventh night, and then sprung back to life on the following day once the sun was up and the solar panels started generating power.

ATM Solutions has a network of 5000 ATMs across the country, with about half of them in the rural areas. The company is now mulling a shift to solar in areas with frequent power problem.

Quite some time back we reported on the introduction of solar ATMs in India. The Chennai-based Vortex Engineering had rejigged the conventional ATM in order to reduce the heat that these machines would vent. Since the newly designed ATMs could now run without an air conditioner, this reduced the power consumption to a mere 10% of the original bill. The company, founded in 2008, has till now installed 1,500 ATMs in 17 states across India and expects to install another 4000 during the current financial year.

Solar ATMs can open business opportunities for banks where they have either been struggling or have given up for lack of power. Easier access to cash would allow businesses to prosper in these areas. And all of this while running entirely on solar power, something which banks have been rather afraid to finance. How poetic! 😀

Don't want to miss a cleantech story? Sign up for daily news updates from CleanTechnica on email. Or follow us on Google News! Have a tip for CleanTechnica, want to advertise, or want to suggest a guest for our CleanTech Talk podcast? Contact us here.
In this article:Eskom, India, Johannesburg, solar ATMs, South Africa, south africa solar