The MOTIV.e City Car EV — currently in the process of being developed by the Formula 1 designer Gordon Murray — is still moving forward, according to recent reports.

According to Murray, progress on the design is coming along well. “We’ve been doing a great deal behind the scenes on things like model range, factory layout and production procedures. It’s all good news and we expect an important announcement in November or December,” Murray stated.

The Motiv, designed to meet European safety standards and design rules, was launched as an electric prototype at last December’s Tokyo motor show, but is also now being engineered for an economical petrol engine as well, Murray says.

Murray says he’s never been busier. He has eight different vehicles in various stages of development including an extremely durable light truck, called Ox, which can be flat-packed for easy transportation to the world’s primitive areas and is simple enough to be assembled on site.

“Yamaha’s people are brilliant engineers and great to work with. The company is the perfect co-operative partner when you’re doing a project like this.”

The commercial viability of any of these eight other vehicles under development of course remains an open question. Given the amount of time that Murray has been working on the Motiv (plus these other designs), it’s hard know what exactly to make of what we’ve seen so far. We’ll keep you posted.

Don't want to miss a cleantech story? Sign up for daily news updates from CleanTechnica on email. Or follow us on Google News! Have a tip for CleanTechnica, want to advertise, or want to suggest a guest for our CleanTech Talk podcast? Contact us here.
In this article:Gordon Murray, Motiv, MOTIV.e City Car, yamaha 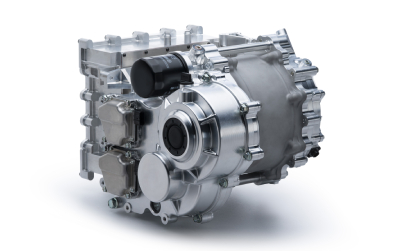 A few days ago, Yamaha announced a new electric drive unit that achieves the industry’s highest output density. The unit puts out just under...