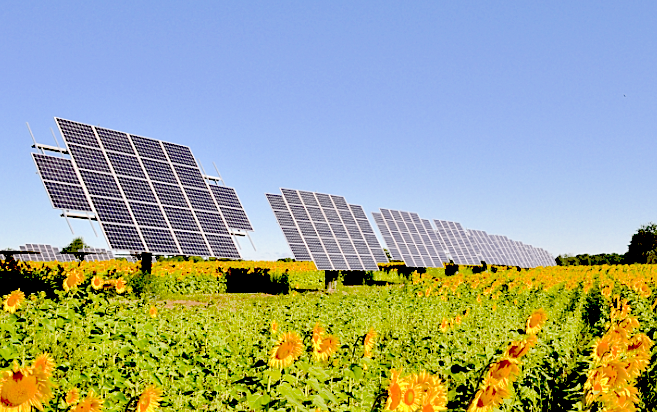 The state of Wisconsin offers incentives to help people improve energy efficiency, increase insulation in their homes and businesses, and convert to solar and renewable power. Solar power increased in Wisconsin in 2013 by 17%.

Among Wisconsin solar incentives are a rebate program, several tax breaks, a loan program, net metering, and property-assessed clean energy financing. Some of the state’s utilities offer customers a performance-based incentive as well, and some have filed to broaden their distributed-generation portfolios.

To develop more local power production, the state passed a 10% renewable portfolio standard in 2006. Utilities must now purchase at least as much renewable energy as they bought in 2010 and increase that amount each year until they reach 10% or 2015. After that, they are not allowed to fall backward, giving renewables a sizable boost.

Net metering was first established in Wisconsin in 1982 and now covers photovoltaics, solar thermal heat, and solar hot water heating credited at the retail rate. The Public Service Commission of Wisconsin requires all regulated utilities to allow customers to net meter. Customers’ net excess generation is usually credited at the utility’s retail rate, according to the Database of State Incentives for Renewables and Efficiency. All distributed-generation systems are eligible under the rule. If credits exceed $25, the utility sends the customer a check; otherwise, excess generation is carried forward to the next month. Solar and wind power are exempted from state property taxes, and the state offers rebates on renewables.

If you’re committed to renewable energy in transportation as well as residential power, remember that if you have the upfront investment, planning a solar system to incorporate the demands of your electric car will help you save a lot down the road in terms of lower fuel and maintenance costs.

Very important is Wisconsin’s Public Benefits Fund’s Focus on Energy program. Focus on Energy offers cash back rewards to residential and business customers of participating utilities in the state when they install photovoltaics or other renewable energy technologies on their properties. A government, private, and public partnership, it rebates photovoltaics, solar hot water, and solar thermal heat at $1.00 per annual kWh produced by a system, up to $50,000 or 25% of a PV system’s costs. Check Focus on Energy’s website to see which utilities in the state are participating.

The residential and business rebate level is based on the size of the system installed and capped at $50,000 and 50 kWh for PV. The rebate is payable either to the installer or the system owner. In addition to PV and wind, solar hot water and biomass combustion qualify for funding under the program.

Homeowners and small businesses in Wisconsin who considered solar before but had problems with building orientation may want to have a look at the new option for residential solar plans we reported on earlier this week. You now have available a mounting system from TRA Snow and Sun based on panel elevation for east- or west-facing roofs.

As well as the Wisconsin solar incentives, municipal governments are encouraging solar. “Cities can show state leaders the demand and the will for solar,” says Megan Severson, a state advocate for renewable energy with the nonprofit Wisconsin Environment. Of all the municipalities in Wisconsin, Milwaukee stands out for its steadfast adoption of solar technology.

The US Department of Energy designated Milwaukee as one of 25 Solar American Cities back in 2008. It’s a clear state and national leader in solar with 1.25 MW of solar energy installed. Very recently, city officials expanded the Milwaukee Shines program. Permitting has been expedited there to one day, and there’s a good local zoning ordinance. Homeowners, business, and government there have done some awesome things.

Additionally, numerous other incentives are available through the state, counties, municipalities, and utility companies. For more information, click through on the link(s) below.

Overall, there are a large number of Wisconsin solar incentives. If you live in the state, by all means take advantage of them!

In this article:Database of State Incentives for Renewables and Efficiency, Net Metering, Wisconsin, Wisconsin solar energy