There’s no getting around the fact that clean energy took a popularity hit, particularly among Republicans, with the fossil lobby’s 2011 subterfuge: the phony Solyndra non-“scandal.” We can now say with confidence that there was never any “there there” (“hat tip” to normally pro-fossil fuels Joe Nocera, who wrote that the entire “scandal” was “phony”). But the constant drumbeat by the iron triangle of House Oversight and Government Reform Committee Chair Daryl Issa, Fox News and the fossil lobby pushed clean energy into the culture wars. The effect was to cut into clean energy’s previously sky-high support among Republicans.

The result was upwards of 80% of negative ads in the 2012 presidential cycle focused on attacking clean energy, and the clown show of Rep. Mike Pompeo (R-Koch Industries) introducing bills to cut energy “subsidies” that left the fossil lobby’s vast welfare check largely in place. Perhaps the apex of the anti-cleantech stupidity was Mitt Romney campaigning by mocking “wind turbines on a car,” (note that Romney lost wind-rich Iowa). Romney also falsely claimed that “about half” of the clean energy companies that received DOE loans had gone “out of business,” while ridiculing President Obama for trying “to heal the planet” by supporting clean energy.

But 2014 might be the year when we turned a corner on this madness, because politicians see that clean energy is a political winner.

Maybe it started with the TKO loss delivered by the Arizona solar industry to the Edison Electric Institute (EEI) and its member utility Arizona Public Service (APS). The utility guys said that homeowners generating their own power were a serious, “disruptive” threat to their business model, so they tried to impose a $100 per month tax on solar consumers. They had to settle for $5. Now, APS says it wants to get into the rooftop solar business.

Then there were the efforts by the Koch brothers and fossil fuel players to launch two years of multi-state attacks on renewable portfolio standards (RPS). They lost in practically every state they made an effort in – including in the Koch brothers’ own backyard, conservative-leaning Kansas.

Now, candidates from both parties are now trying to out-compete each other for who can help cleantech the most. Consider how hard Governor Sandoval (R-NV) worked to ensure Sen. Harry Reid (D-NV) didn’t get all the credit for winning the Tesla “gigafactory.” Staunchly conservative Rep. Cory Gardner (R-CO) just ran an ad featuring himself standing in front of a wind farm. And, in Kansas, the neck-and-neck race for governor recently saw incumbent Sam Brownback (R) competing at a recent debate with his challenger, State Rep. Paul Davis, about which candidate was a more staunch defender of that state’s RPS:

The most pointed exchange came moments later when Mr. Davis turned to the governor and asked if he would support a renewable-energy standard in the state, which would require more green energy from power companies.

“I supported it a lot more than you did,” Mr. Brownback fired back as supporters for both candidates cheered while the men spoke over each other. Mr. Davis continued to press the governor on whether he would veto a bill that eliminated the standard, while the governor went on about waiting for a bill to reach his desk, their voices drowned out by the clamor of the crowd.

Clearly, politicians across the ideological spectrum are realizing that voters like clean energy. And for good reason, as wind and solar are big-time job creators and economic drivers, making them not just good politics but smart policy investments for any state’s future.

Politicians from both parties are now vying to see who can help scale these industries. How’s that for a change?

It’s worth noting that this didn’t happen on its own. Some leaders in the cleantech space aggressively invested in clean energy policy, communication and market defense. Advocates in many states did excellent work organizing businesses to push back against the anti-cleantech chatter.

But don’t string up the hammock just yet. The fossil fuel guys have nowhere to go, so count on more flailing, desperate attacks from what I call the “cornered-animal syndrome” from EEI, the Koch brothers and other parts of the fossil lobby.

That means we need to scale our investment in public communications along with our sectors, a cost entry in the business plan. We’re not a new industry, but we are a new sector within an industry dominated by guys who don’t appreciate the market disruption from cleantech. And they aren’t going to take that lying down.

Appreciate CleanTechnica’s originality and cleantech news coverage? Consider becoming a CleanTechnica Member, Supporter, Technician, or Ambassador — or a patron on Patreon. Don't want to miss a cleantech story? Sign up for daily news updates from CleanTechnica on email. Or follow us on Google News! Have a tip for CleanTechnica, want to advertise, or want to suggest a guest for our CleanTech Talk podcast? Contact us here.
In this article:Arizona Public Service (APS), Carbon Emissions, Edison Electric Institute, Governor Sandoval, Harry Reid, Mike Pompeo, usa, Waste Reduction 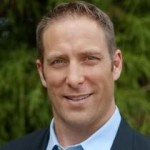 is the President and founder of Tigercomm, a leading U.S. cleantech PR firm with offices in Arlington, VA and San Francisco, CA. He uses his 28 years of experience in communications to counsel cleantech executives and investors. Tigercomm has helped companies develop and execute community relations plans for clean energy projects; launch products; and generate attention from investors, customers and policy leaders. Mike has trained over 1,700 people on message development, media interviewing and public relations management. He writes frequently at National Geographic’s Great Energy Challenge, Greentech Media, Renewable Energy World, and Scaling Green about removing the barriers to clean energy adoption. Before founding Tigercomm, Mike served on two presidential campaigns, and as a spokesman for both a U.S. Senator and a U.S. Congressman. He also built and ran the communications operations of two national environmental groups: the National Environmental Trust, which won 22 straight issue campaigns during his tenure; and the Environmental Working Group, which earned the reputation as "dollar for dollar, demonstrably one of the most effective groups in Washington,” according to National Journal magazine.