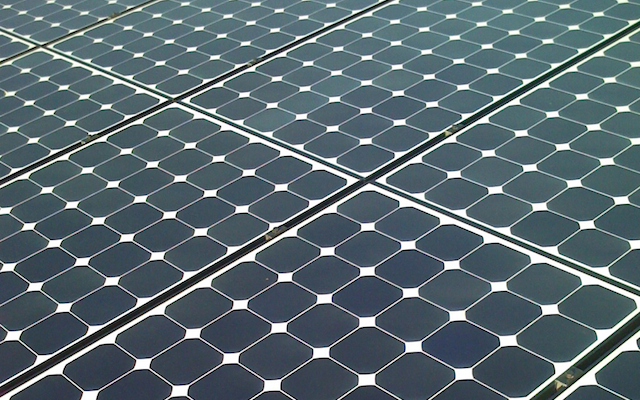 Austin, Texas, may be currently known as the “Live Music Capital of the World,” but in coming years, it may also come to be known as the solar capital of Texas, thanks to the city’s recent resolution to make solar power the default generation resource through the year 2024.

As part of the city’s climate change goals, the Austin City Council approved the Affordable Energy Resolution, which mandates that Austin Energy obtain 600 MW of solar power by 2025, which would amount to 65% of the city’s power demands. This would also mean that the City of Austin would be one of the leading solar municipalities in the country, and when compared to state solar rankings, the city would be near the top of the list of states producing the most solar energy. Considering that the entire state of Texas generates just 185 MW of solar energy, this move could place Austin as the solar leader in a state more known for oil than for clean energy.

The decision to make Austin a solar leader isn’t just about environmental concerns and carbon pollution, but rather a dollars and cents business decision, as a city Task Force found that solar power is a “cost competitive means of securing clean peak power” and a method of hedging against the “volatility of fuel dependent thermal resources.”

According to Greentech Media, Chad Blevins, a financial analyst with The Butler Firm, stated:

“In the past, the people involved used environmental arguments to justify renewable goals. This time around, the case for renewables was based on economics – operational cost data from the utility, robust dynamic models projecting market prices and the very low PPA rates that we have seen from PV in response to recent RFPs.”

The 2014 Task Force recommended that the city of Austin contract for 600 MW of utility-scale solar (on top of the current 150 MW) before 2017, which would replace the power generation from the 36 year-old natural gas-fired Decker Creek Power Plant.

In addition to the increase in utility-scale solar, the resolution calls for doubling the goal of “local solar” to 200 MW, which would include 100 MW of “behind the meter” residential rooftop solar, and accelerating the adoption of this distributed solar through the use of third-party leasing and “other financial mechanisms.”

The resolution also includes the adoption of changes to the Residential Solar Tariff, including setting a floor price, adding the ability to roll credits over from year to year, removing the current 20 kW cap, and allowing credits for leased systems. To address the potential impacts of CO2 emissions on the environment, the resolution also calls for completely reducing CO2 emissions from all city-controlled energy generation resources (to zero) by the year 2030.

An additional resolution passed by the Austin City Council calls for an increase in energy efficiency program offerings for low-income and low-moderate-income customers, which will also help to improve the efficiency of energy use across the grid.

Don't want to miss a cleantech story? Sign up for daily news updates from CleanTechnica on email. Or follow us on Google News! Have a tip for CleanTechnica, want to advertise, or want to suggest a guest for our CleanTech Talk podcast? Contact us here.
In this article:Austin, AUstin City Council, Texas, usa