Somebody tried to make #climatebullies happen last spring and it didn’t take, so we thought it would be a nice idea to give them a little assist in advance of the big Climate Week event set for New York City in September. If the climate bullies thing is new to you, it’s an emerging PR theme of fossil fuel stakeholders that dovetails with the “energy poverty” and “energy realism” pitches that are starting to pop up on our radar. Not for nothing, but since our friends over at the Department of Defense are all over climate change, they’re probably the biggest climate bullies of them all.

The latest climate bully project announced by DoD is an 18,000 MWh solar installation planned for the Redstone Arsenal, which in a classic bullying tactic pulls in a whole team of supporters, namely, the Energy Initiatives Task Force and the Army Corps of Engineers. Shame on them! 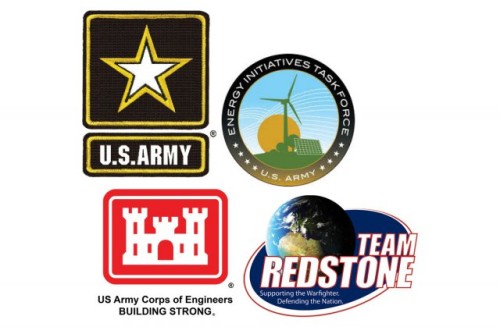 Before we get back around to the climate bullies thing, we’re going to zero in on the energy realism pitch. Energy realism is the underlying theme of the upcoming “At the Crossroads Energy & Climate Policy Summit” conference in Houston in September, during which the participants are expected to make a moral case for fossil fuels.

Here’s the front-page pitch for the conference. We bolded the anti-government line because there’s a libertarian connection here which we’ll get to in a minute (btw the dropped period isn’t our fault, all we did was copy/paste from their website):

The transformative powers of energy face the coercive powers of government. It is time for energy realism. It is time to speak truth to government power Hydrocarbon energy is far superior to the current alternatives. Current federal policies to supplant fossil fuels could undermine mankind’s greatest advance and consign the developing world to abject poverty. The stakes couldn’t be higher in this epochal confrontation.

As for that libertarian connection, if you guessed that the Crossroads summit is being sponsored by Karl Rove’s lobbying group Crossroads GPS, you would be wrong.

But, you wouldn’t be too far off the mark. Two organizations with ties to Koch brothers funding, The Heritage Foundation and The Texas Public Policy Foundation, are sponsoring the conference.

With that in mind, let’s take a look at the sponsorship pitch for the Crossroads summit:

In short, climate change regulation—based on highly questionable science— amounts to a “war on people” worldwide. It amounts to a war on prosperity and well-being for those around the globe who need it most.

Not to state the obvious, but we will anyways, the pot is calling the kettle black. You don’t have to look around the world for a war on people related to energy policy. Between mountaintop coal mining, natural gas fracking, fracking wastewater disposal, and numerous fuel transportation and storage issues including pipeline spills, petcoke dust, and coal ash spills, we are already under siege right here at home.

Climate Bullies And The Moral Case For Fossil Fuels

That sponsor pitch notes that in addition to sponsoring the Crossroads summit, The Texas Public Policy Foundation also the host. It touts the following credential:

TPPF’s Armstrong Center for Energy and the Environment, under the direction of The Honorable Kathleen White , has long been recognized as a national leader in the climate change debate. The release of her paper Fossil Fuels: The Moral Case via a webcast event at the Heritage Foundation in June garnered more than 1.3 million impressions…

The paper is basically a history of the Industrial Revolution, ending with this quote from a colleague at TPPF:

Matt Ridley says it best. “Non-renewable resources such as coal [natural gas and oil] are sufficiently abundant to allow an expansion of both economic activity and population to the point where they can generate sustainable wealth for all the people of the planet without hitting a Malthusian ceiling, and can then hand the baton to some other form of energy. The blinding brightness of this realization still amazes me: we can build a civilization in which everybody lives like the Sun King, because everybody is served by (and serves) a thousand servants, each of whose service is amplified by extraordinary amounts of inanimate energy.”

Setting aside the servant thing (not sure what that is, must be fancyspeak for something), in a nutshell the argument is that before we transition to renewables, the entire developing world should and can first transition into fossil fuels.

Okay, so good luck with that. We’ll just note that the fossil fuel industry has had the entire Industrial Revolution and then some to extend itself into every household on the planet. That’s a few hundred years and counting, and so far #fail.

If you’re interested, another libertarian take on the moral case for fossil fuels thing is also offered up under the title The Moral Case For Fossil Fuels: The Key To Winning Hearts And Minds,” authored by Alex Epstein, founder of the Center for Industrial Progress and former fellow at the Ayn Rand Institute. In this piece, the author makes the connection to the moral dilemma faced by tobacco industry supporters.

Don't want to miss a cleantech story? Sign up for daily news updates from CleanTechnica on email. Or follow us on Google News! Have a tip for CleanTechnica, want to advertise, or want to suggest a guest for our CleanTech Talk podcast? Contact us here.
In this article:Carbon Emissions, climate bullies, energy poverty, energy realism, US Military, Waste Reduction