Uber is a mobile application that can turn anyone with a vehicle into an independent cabbie. Excitement around this simple idea has spiraled into a purported market valuation of $18 billion. However in the past month, the business model behind this valuation is facing existential struggle in many cities around the world where groups representing taxi drivers are contesting Uber’s presence with age-old regulations defining a cab meter and a taxi driver.

This type of conflict is certainly nothing new – technology that enables low cost entry disrupting an established and hefty industry. Let’s approach the problem more globally and consider something other than the welfare of either group. I encourage you to consider the impact of Uber on the environment, starting with London where many black cab drivers staged an Uber protest on june 11th . What you’ll find is that Uber’s fleet is drastically cleaner than the city’s black cabs and it will continue to be so for at least the next four years.

While London is very well connected city through public transport, sometimes you are in a situation where you have to get somewhere a little bit quicker than what the Transport For London offers. On top of this, there are certain areas where cabbies simply do not drive by, and minicabs tend to be unreliable. In this particular situation and location, I was luckily with friend who had used Uber, and in minutes we were negotiating with drivers around us, in shock really with multitude of offers coming in; all we saw around us were white minivans and tiny little hybrid vehicles circling about, the latter probably just locals doing their shopping and errands.

It didn’t hit us until we contacted the third driver that all these hybrids were in fact Uber drivers circling for passengers. Out of the three that we contacted, final taking us back towards central London, all three were Toyota Prius.

The other day I decided to do a little more vigorous research. I called 25 Uber cars from 25 different locations in London, spanning East to West, North to South. Once you request an Uber pick up from a location, you will receive an offer pretty quickly and with this offer you receive name, ratings and car type of the driver. Of the 25 cars that I contacted, all different drivers mind you, there were 18 (over 70% Priuses). Now let’s do a little comparison between the average efficiency and carbon emissions of the cars that I contacted (18/25 Toyota hybrids), and the typical black cab (TX4 model, manual): the average London Uber vehicle has double the MPG and 55% less C02 emission! Remarkable! (all numbers for calculations are from here)

Boris Johnson, London’s mayor, touted a program in January 2014 which was intended to fix these notoriously dirty black cabs: “…all new London taxis will need to be zero emission capable from 2018 as part of a pledge made last year to introduce an Ultra Low Emission Zone in central London by 2020.” This is a noble pledge for the future of London taxi service, but in the meantime, Uber is doing all of the carbon cutting – with fresh drivers entering the market, they are investing in new vehicles and as you can see through my simple sample, more than 70% are going after the most efficient, cleanest option. Note that this is all occurring in the backdrop of London, where a hefty congestion charge was introduced more than 10 years ago in order to, amongst other things, improve the air quality of Londoners.

The struggle between Uber and the London’s black cabs in London is a complicated political one. On top of this some of you might interpret the above results as evidence that free market works. Others will hail the ability of technology to positively disrupt our lives especially as we enter the heart of London’s Technology week. These are really besides the point – what’s certain is that no one is talking about Uber and the environmental impact of its fleet in a city which is apparently at the forefront of modernity yet very slowly improving its iconic but very dirty taxi service.

Don't want to miss a cleantech story? Sign up for daily news updates from CleanTechnica on email. Or follow us on Google News! Have a tip for CleanTechnica, want to advertise, or want to suggest a guest for our CleanTech Talk podcast? Contact us here.
In this article:London, Toyota, Toyota Prius, transport for london, Uber, UK, Ultra Low Emission Zone 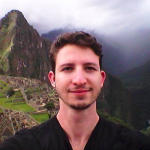 is a Guest Teacher at the London School of Economics. Whilst he is out of the classroom, he is working on several data driven projects: from energy cost saving apps to green shopping platforms. Most of the year, Peter is living in East London, also home of the Tech City movement. Follow Peter on Twitter @PeterOuzounov