Wind farm setbacks are an unnecessarily controversial issue in many parts of the world. While public health organizations, major utilities, the government, and the wind industry have worked closely together to find a good balance, to establish guidelines and laws, and to put in place modelling software to assist in site planning to minimize impacts, anti-wind organizations such as the Ontario Society for Wind Vigilance and the Australian Waubra Foundation are lobbying for much, much bigger setbacks based on no science at all. Oddly, many of these requested bigger setback distances would prevent wind farms from being seen from these anti-wind lobbyists’ rural vacation and retirement properties.

So what is the right distance? What measures should we consider? What does the safety history of the wind industry tell us? And what does this have to do with meteors? 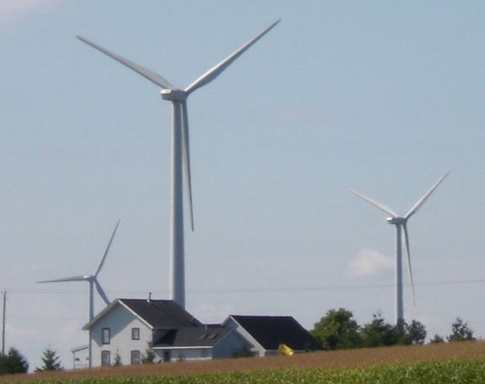 The short answer is that Ontario’s setbacks appear to be a good balance with 550 meters for smaller wind turbines or groups of wind turbines and up to 1500 meters for larger wind farms. This reduces noise to World Health Organization levels of about 40 dBA in the closest bedrooms the large majority of the time based on ISO standards for assessing environmental noise, allowing simple noise mitigation mechanisms to be effective. For perspective, that’s much less noise than people live with in cities 24/7/365. The noise modelling, as with all noise standards worldwide, is very conservative and will in the majority of cases overstate the actual noise experienced at homes. Many US states have noise standards that effectively equate to 400 meter setbacks with no adverse effects.

But the long answer is more amusing as we look at five different fears people raise about wind turbines being anywhere near people’s homes:

1. Let’s define safe as extremely unlikely to kill or physically harm someone through fire, collapse, or ice-throw.

In this case, a house could be built around the base of a wind turbine. There have been about 185 incidents worldwide related to fire and a few more related to other forms of wind turbine destruction not involving fire according to Caithness (an anti-wind energy group who obsessively keeps track of these sorts of things). One person in the history of wind turbine use has been killed by ice from the turbine or blades, a maintenance worker part way up the turbine. With 300,000 wind turbines or so working today and a large number more decommissioned and replaced, the likelihood of any major event that could possibly cause a human fatality if the circumstances were just right is perhaps 0.01% over the 20-25 years of the wind turbine’s life.

Many more houses have been hit by meteorites than by wind turbine debris or ice throw.  And the recent meteorite shock wave in Russia collapsed buildings, broke windows and injured over a 1,000 people.

Meanwhile, the odds of homes being hit by cars is comparatively astronomical.

As court evidence points out, no one has been injured or killed who wasn’t doing maintenance on the wind turbines at the time.

2. Let’s define safe as not doing organic, physical damage to humans through sound or vibrations.

In that case, the safe distance is once again having a house built around a wind turbine. Wind turbines emit audible sound pressure levels and infra sound level pressures well below that required for organically related health impacts. Noise at the base is below the 85 dB specified as the level safe for occupational exposure for 8 hour shifts. Infrasound at the base is at a level below the infrasound from surf at 75 meters. 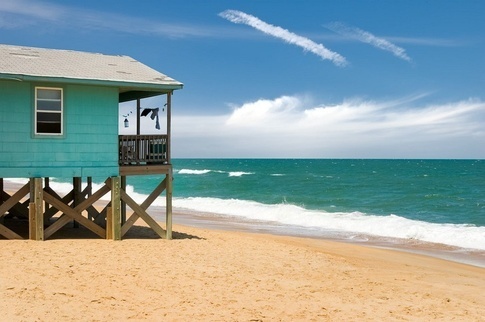 3. Let’s define safe as not annoying the vast majority of nearby people and causing them to have stress reactions including loss of sleep due to unwanted environmental noise.

In this case, the Ontario Regulation 359/09 setbacks of 550 meters for a typical mid-sized wind turbine or group of mid-sized wind turbines, or up to 1500 meters for groups of large wind turbines is about right. This reduces noise in the vast majority of cases to 40 dB in the closest bedrooms following international ISO and WHO guidelines for environmental noise. Where noises occasionally are louder, simple mitigations that hundreds of millions of people worldwide use for annoying environmental noise are highly effective: white noise generators, ear plugs and closing windows. 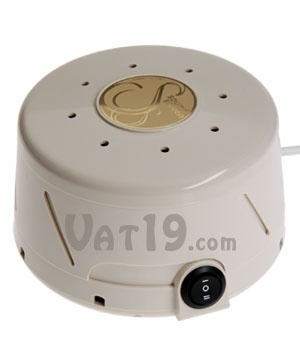 4. Let’s define safe as not annoying anyone ever.

The setback in that case is over 14 kilometers, the current record for furthest distance at which annoyance has been attributed to wind turbines by anti-wind advocates. This is from Sarah Laurie, an an unregistered former doctor in Australia who heads up the Waubra Foundation (an anti-wind advocacy group) who has added many, many symptoms to the current list of over 200 attributed to wind turbines. For context, 14 kilometers is a third of a marathon, roughly the distance from Ground Zero to the far end of Central Park in Manhattan, roughly the distance from Uluru in Australia to the nearest airport, and about 4 kilometers higher than the average passenger jet flies. (Of course, one George Papadopoulos of Australia is claiming 50 and 70 kilometer impacts from wind farms on his health while living next to a major road, and is taken seriously enough by the anti-wind lobby to be quoted, but we can assume that the vast majority of anti-wind lobbyists are much more connected to reality than Mr. Papadopoulos.) In the event that anyone suspects that this is a hysterical exaggeration of anti-wind lobbyist claims, the current Waubra Foundation setback demand — once again based on no scientific evidence whatsoever, as that Foundation’s head agreed under oath — is 10 kilometers.

In that case, once again the houses could be built around wind turbines and the overall safety to humans would increase if coal and other fossil fuel generation were significantly reduced. Coal has a negative externality of approximately 18 cents on the kWh, most of that health related. One study shows 13,000 deaths in the US alone due to coal. 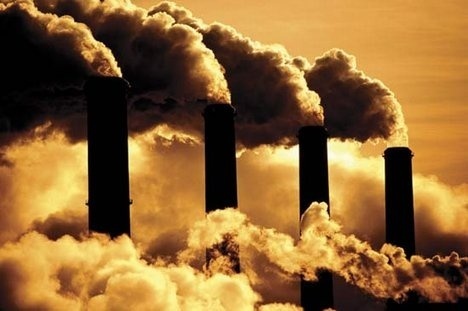 Obviously, no one is recommending putting a house at the base of a wind turbine and no one would. But when you start looking at the actual risks and actual statistics for danger, wind turbines are even more obviously benign. The major real concern is audible noise, and setbacks of 400-500 meters are usually enough to to minimize noise-related impacts on neighbours.