Slovakian company GreenWay leased its first two electric vehicles — electric vans — in May 2013. The vans were leased to pharmaceuticals and medical supplies company Med-art. In just 6 months, they travelled an average of 38,502 km (23,924 miles), basically around the world trip. GreenWay is claiming that’s further than any other EVs in a 6-month period.

I have a hard time believing this is a world record — there are plenty of other electric vehicles being used for similar B2b delivery purchases, as taxis, on operating bus lines, etc. But maybe I’m just too cynical these days.

GreenWay does have one rare advantage in this competition. It has battery-swapping stations, so drained batteries can be replaced in a few moments rather than having to wait a relatively long time to recharge.

What I’d love to see are the estimated financial savings from Med-art’s use of these electric vans instead of gasoline-powered vans. For those who drive a lot, the “fuel” savings of EVs are huge. As one example of this, compare the 5-year costs of a Chevy Spark (conventional ICE vehicle) to a Chevy Spark EV if you drove 77,004 km / 47,848 miles per year (other assumptions include an average price of electricity & average price of gas in the US):

And here’s a chart on the lifetime costs for a country for electric vans vs gasoline- or natural gas-powered vans:

I think it’s pretty clear which type of vans we should be using — whether they’re GreenWay vans or other electric vans, they really should be electric!

Have a tip for CleanTechnica, want to advertise, or want to suggest a guest for our CleanTech Talk podcast? Contact us here.
In this article:GreenWay, Greenway EVs, Med art, Med art EVs, Slovakia 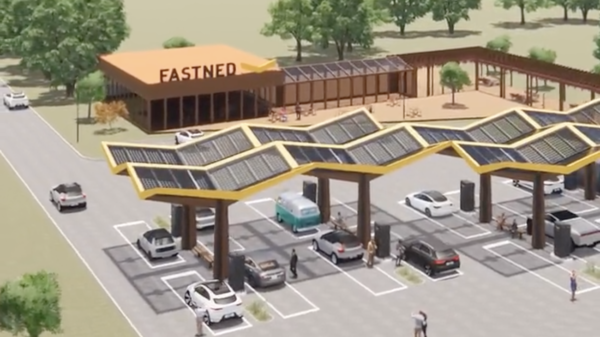 We've had a press release sitting on our story list for a few weeks that I've been debating whether to cover. It touts "the...