Originally published on Cost of Solar* 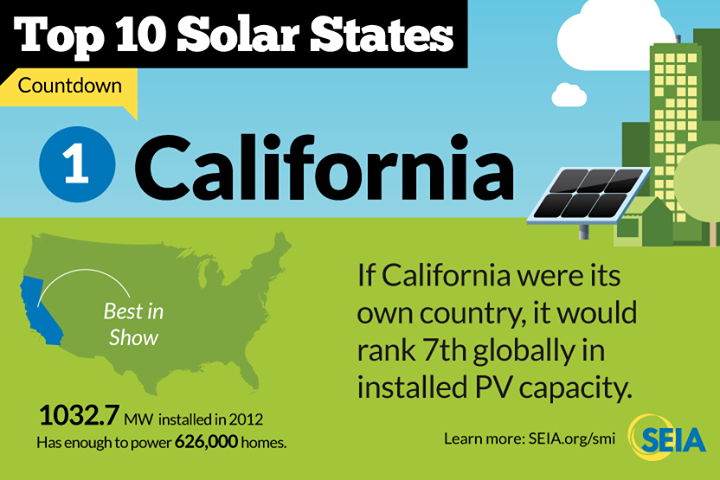 California is a solar giant. Well, it’s a giant in general. It’s the most populous state in the United States, home to 1 out of every 8 Americans. Also, the state has a larger economy than all but 8 countries (US included). Being quite progressive, it’s a given that California would be a solar energy leader. Indeed, it’s the #1 state in terms of total solar power capacity. But what solar incentives are available to homeowners or businesses who want to jump into the solar market?

There are quite a few, so I’ll run down these in a rather concise way with links to more information.

Net metering*: When customers with solar power systems create more electricity than they use, electricity is sent back to the grid and the customers’ utilities then pay retail rates for that electricity. (*The policy details linked above apply for all utilities in the state except LADWP. A different net metering policy is used in the LADWP district.)

Property Tax Exclusion: As simple as the name implies, certain types of solar systems can be excluded from property taxes through this policy.

Most of those places also offer similar rebates for energy efficiency projects. You can check out the full list of rebates here.

A number of cities, counties, and special districts also offer a handful of other special incentives:

I know — all of that is a lot to navigate. Luckily, good and experienced solar installers in your area should have a firm grasp on what incentives you could and should apply for. Go through our quick and free system to get connected to an recommended solar installer in your area.

Aside from the extremely useful but not always fun to navigate information above, the following are a number of fun California solar facts:

There’s no doubt that California will continue to be a solar power leader for years to come. The only question is whether or not you will be a part of that.

How much will solar save you in California? Find out in about 60 seconds!

*CleanTechnica and Cost of Solar are now owned by the same company, and thus have a financial relationship.