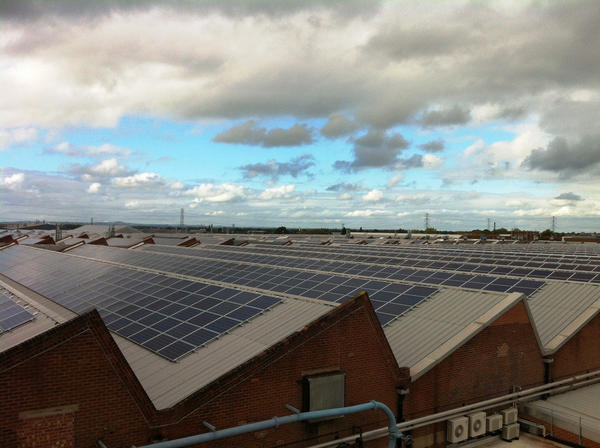 Solar power for homes is just getting rolling. It is projected to grow many times over in the coming decades and even simply in the coming few years. When discussing this, it’s hard to come up with a great analogy. We often mention that it is a disruptive technology at the beginning of a steep growth curve, and then compare it to smartphones, cell phones in general, computers, DVD players, etc. However, it’s hard to capture the broad effect a rooftop solar power revolution will really have.

I think one of the best analogies out there — one that just came to my mind — is an analogy to the mainstream acceptance and growth of automobiles in the 20th century. The key point of difference in this analogy is that solar power will have a positive effect on our environment, air quality, climate, pocketbooks, etc. (Automobiles have had the opposite effect.) However, in many other respects, there’s a lot in common there.

Transportation and power are two of the largest portions of the average household budget. Behind each of those are massive societal and industrial networks that shape and “decorate” our cities and countries. They are such a core element of our societies that we sometimes look over their presence altogether, the same as we often do with air and water… until something changes.

Automobiles changed the way people spent their days, altered their household budgets, transformed what many people do for recreation, changed who people interacted with and how many people they interacted with on a daily basis, and even changed in which industries a lot of people worked. The effects are so widespread and have so many ramifications that a series of books could be written on the topic.

Solar power for homes is starting to have a similarly impressive effect on society. The rooftop revolution is just starting, but utilities are already acknowledging that the monopolistic, centralized business model they have historically lived by is under threat. A democratization of the production of electricity has started. People are realizing they can be in charge of their electricity future, and are also learning to save a lot more electricity in order to make the most of their solar power systems. Solar power for homes is changing the ways households, utilities, cities, and countries approach one of the fundamental elements of our lives.

No one really knows all the ways in which this will change our society, just as no one could foresee all the ways automobiles would change our society. Though, we do know that solar power for homes will make our air and water much cleaner, help stop global warming, save millions of homeowners money, and put more power into the hands of the populous. Exciting stuff!

Everybody Is A Chief Engineer →

Old Reno & The Promise Of New Reno. How Is Tesla Gigafactory Shifting Nevada? →