With a name like Bombyx mori, the silkmoth would seem to be tailor made for bomb detection, and a team of researchers in Europe has set out to prove just that. Taking a cue from the moth’s highly evolved antennae, the team created a sensor made up of almost half a million nanoscale tubes, which it claims could achieve a 1,000-fold improvement over current TNT detectors.

Previously on CleanTechnica, we’ve reported on the military’s interest in bomb-detecting bees, so the leap to moths is not much of a stretch. The big difference here is that the bee research involves the potential for deploying actual bees like bomb-sniffing dogs, while the silkmoth project is a classic example of biomimicry.

How to Mimic a Silkmoth

The silkmoth came to the researchers’ attention because, like many animals, it possesses a sense of smell that can detect molecules in the air at levels far below those recorded by current technology.

The moth’s antennas are about one millimeter long, feathered out with microcopic sensilla (sensory organs) that considerably increase its surface area.

As an imitation of this structure, the new sensor is based on a cantilever (a long spine) made of silicon, about 200 microns long and 30 microns wide. The canitlever holds almost half a million vertically arranged titanium dioxide nanotubes.

Titanium dioxide is a common whitening substance used in paint and toothpaste, and it is emerging as an important material in pollution control.

Alcoa, for example, is marketing a titanium dioxide-based coating that enables buildings to “eat” smog, and the company Pureti is developing a similar concept for smog-eating roads.

“Moth” Stacks Up to Bomb-Sniffing Dog

When vibrated, the device will react with a specific resonance if molecules of TNT are present.

According to the team’s press materials, the device can detect concentrations of TNT (trinitrotoluene) at about 800 molecules per 1015 molecules of air, which puts its performance on par with trained bomb-sniffing dogs, with the advantage of not having to be cleaned up after.

In addition to TNT, the sensor could also be adapted to detect other explosives, as well as airborne pollutants.

So far, the testing has occured within laboratory conditions, though. The next step in the research is to create a ruggedized version that can perform in field conditions.

Image: Some rights reserved by woodleywonderworks 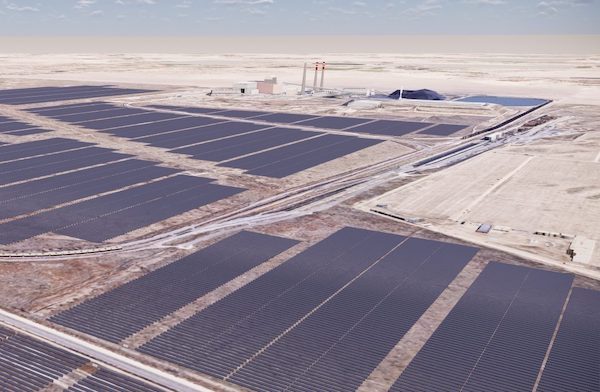 It's game over for coal power when a leading steel maker in the US favors renewable energy, on-site solar style.