“No trees were killed in the sending of this message, but a large number of electrons were terribly inconvenienced.” It’s a funny email signature, but how many inconvenienced electrons does it take to power the internet?

A 10-megawatt (MW) data center can use the energy of a small town at a cost of around $300,000 a month. Couple that with the fact that there are over 500,000 data centers in the world, according to Emerson Network Power, and we’re talking about 2% of all electrical energy used globally. So, running the internet uses upwards of 406 terawatts per year, assuming 20.3 petawatt-hours as the world’s annual electrical energy consumption.

The odd thing is that in traditional data centers, only half of the energy consumed is useful for running the digital universe: powering the servers that hold our emails, social networking profiles, and the like. The other half of the energy goes into cooling those servers, or it’s lost as heat when electricity is changed between alternating current (AC) and direct current (DC).

Some data centers use natural underground reservoirs to cool their servers and improve their power usage effectiveness (PUE), or the relationship between energy used for the computing and energy used by the building.

This week, Green Data Center announced another potential solution to save energy: the world’s most powerful DC data center. Since transforming energy between AC and DC creates heat, Green has opted to run a portion of its servers purely on DC, reducing the transformation steps required from around five to just two.

With DC-capable servers from HP and DC technology from ABB, Green data center has a PUE of 1.4 and hopes to save 10-20% on energy costs. For a 10-MW fully DC data center, that’s equivalent to saving the energy generated by this wind turbine.

Protestors will likely never carry signs reading “Use paper! Save an electron!” but greening data centers with natural reservoirs, renewable energy, and DC technology saves energy. That’s a convenience to us all. 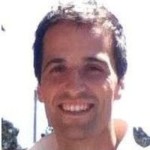