This is a special guest post by Shakeb Afsah and Kendyl Salcito, via CO2 Scorecard (h/t Climate Progress). I remember several years ago hearing this claim that Prius drivers drove more and ended up having a net negative effect on the environment as a result. I assumed that was true, despite being surprising. Oh, the days before I was a blogger and saw more clearly all the misinformation spread around the internet and through the mass media! This is a big one, and big thanks to the folks at the CO2 Scorecard for covering it. Here’s the full post:

There is a new term circulating to suggest that by choosing fuel-efficient and low-energy consumption technologies we actually end up increasing our energy use and CO2 emissions. The “Prius Fallacy” is now the catchphrase for the uselessness of energy efficiency that David Owen of The New Yorker has pitched in the pages of the Wall Street Journal and amplified as the central theme in his recent book Conundrum. Owen has disseminated his claims on the opinion pages of theNew York Times, and the catchphrase has over 4,000 hits on Google within two months after its invention.

We have detailed the empirical flaws in Rebound repeatedly (see the links above) but have not directly tackled the metaphor itself.

The Prius Fallacy rests on two key assumptions: (1) that Prius drivers drive more because they are paying less in gas, and/or (2) that Prius drivers use money saved on fuel to purchase or participate in energy- & carbon-intensive goods and activities.

To address the first assumption we turned to the work of Professor Ken Gillingham of Yale University. Prof. Gillingham meticulously compiled a micro-dataset on personal automobiles for his doctoral research at Stanford. This dataset contains information on personal vehicle registration from automotive data supplier R.L. Polk and actual odometer readings reported by the California Bureau of Automotive Repair, who conduct emissions tests. At our request he matched Vehicle Identification Numbers (VINs) to compare the distribution of vehicle miles traveled (VMT) for a sample of 4,208 Prius owners and around 4.6 million other automobile drivers in California.

The result obliterates the Prius Fallacy’s first assumption. As shown in the comparative histogram in Exhibit-2, there is no difference in VMT by Prius owners and the rest of  California’s drivers. On average Prius owners drove 13,130 VMT/year compared to 13,064 VMT/year for non-Prius owners—a difference of a mere 0.5%. The similarity of the VMT profiles of Prius and non-Prius is confirmed statistically and visually in the overlapping kernel density plot shown in Exhibit-3 (see endnote on data and diagnostic regression). This finding is in line with the simple economic logic produced by Prof. Matthew Kahn of UCLA at the Christian Science Monitor. When consumers switch from conventional cars to a fuel-efficient hybrid like a Prius which gives 45 miles to a gallon, there is a genuine reduction in the consumption of gasoline – up to 430 gallons per year for an owner who switches from an SUV—an 18-mile-a-gallon vehicle (based on average 13,000 VMT/year).

To understand the significance of 430 gallons (~10 barrels) consider that the US imported roughly 600,000 barrels of gasoline every day in March 2012 (EIA). If around 60,000 people replaced their cars with hybrids, we would eliminate a full day of gasoline import in the course of a single year. If 25 million people replaced their SUVs/trucks and other low mileage passenger cars with hybrids (from America’s ~200 million registered vehicles), we could eliminate gasoline imports entirely (given the import average for 2012 so far). As long as Prius drivers don’t become the world’s largest coal-consumers, it’s hard to see any catastrophic rebound here.

But what if Prius drivers do guzzle coal? This leads us to Owen’s second assumption: that money saved on fuel is spent on carbon-intensive purchases. The fact is, we don’t know how Prius drivers spend the $1500 they save on fuel each year (assuming $3.50/gallon gas prices). Some may hide it in mattresses (zero rebound), some may install solar panels (a case of negative rebound), some may use it for the down payment on a Land Rover (positive rebound). In the worst possible scenario, you can imagine a Prius owner spending all her $1500 to buy anthracite coal to grill burgers in her backyard. We haven’t found a study contrasting the purchasing habits of hybrid drivers and conventional car drivers; as such, we can only rely on the aggregate macroeconomic figures.

As Owen and others have pointed out, about 6-8 percent of the US GDP is spent on energy in a given year. This 6-8% share of the GDP accounts for the total energy we consume—including items like the direct gasoline we buy, the electricity we consume at home, and the indirect or embodied energy used in the production of our cars, dishwashers, etc. The 6-8% share accounts for our aggregate spending behavior—the dollars we directly and indirectly spend on energy consumption.

We expect that an average Prius owner will spend the extra money the same way they spend the rest of their money. In the worst case scenario, then, where 8 percent of a Prius driver’s $1500 fuel savings is spent on energy $120 ($1500*8%) is re-injected into the energy economy. But only 8.3% of the energy expenditure in the US economy is associated with coal—the fossil fuel of most concern (see data and statistical endnotes). Therefore $10 (8.3% of $120) or just 0.7% of the total fuel efficiency savings will rebound to generate CO2 emissions from coal.

Some rebound proponents have argued that dollar spent on energy has a two- or three-fold multiplier effect. It is hard to see how that is possible—if up to 8% of our GDP accounts for energy use, it already includes the energy component of the rest of the 92% of the GDP. Both direct and indirect energy use within the economy are included in the 8% share. Adding a two- or three-fold multiplier on top of that would lead to phantom accounting.

There is little in the way of a solid theory or verifiable empirical estimate that proves the existence of multiplier effect in this particular context. And even if we give the benefit of the doubt to the proponents of rebound and assume the existence of multiplier effect, the share of the $1500 savings will on average account for rebound worth $201 (13%) and $301 (20%) for two- and three-fold multipliers respectively.

So, at her worst, an average Prius driver is re-injecting $101-$301 of her $1500 savings into energy use from fossil fuel. And that’s near the worst-case scenario. If Prius drivers don’t drive more than conventional drivers, and if Prius drivers must (lacking evidence to the contrary) be considered among average American consumers, where’s the real fallacy?

We’ve written about other failed anecdotes in Owen’s Rebound reporting in the past, including the fallacy that efficient refrigerators have rebound effects – more people buy side-by-side fridges as cooling food gets cheaper. As shown in our earlier research note, rising sales of energy efficient refrigerators coincided with a 3.3% total energy consumption reduction between 2001 and 2005, even as 5.2% more households invested in more than two refrigerators.

Owen’s preference for narrative over fact is concerning, not just because he is informing Americans on key components of climate policy without researching the realities, but because as an established and respected staff writer at The New Yorker he is so well positioned to disseminate this simple and false storyline.

A: Description of the vehicle-level dataset

B: Calculation of the ballpark estimate of energy expenditure by fossil fuel source (2009)

**We are thankful to Jon Koomey for helping us crunch the estimates on energy expenditure.

C: Estimate of gallons saved when SUV driver switches to a Prius. 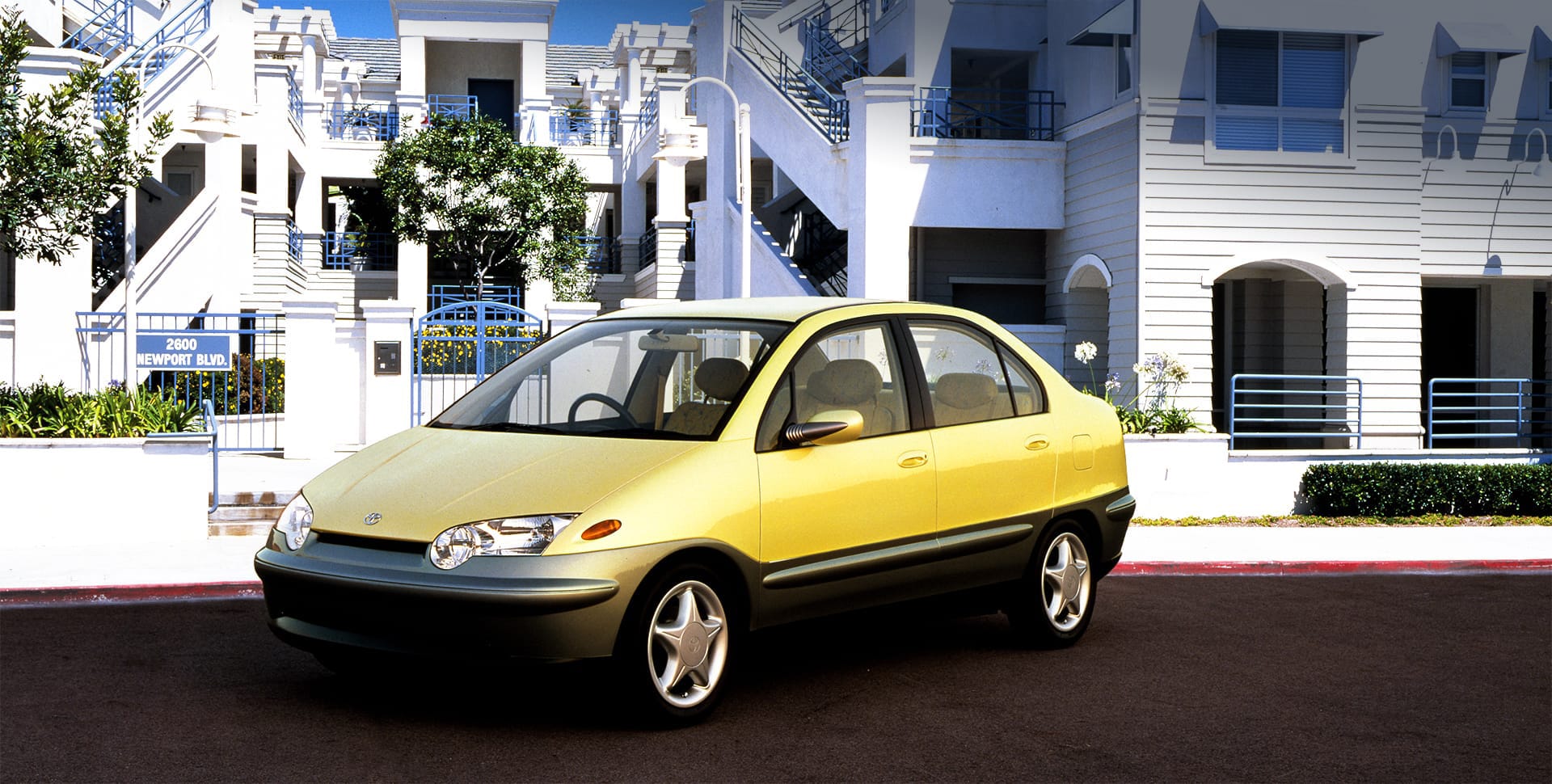