Isolated villages in rural Africa lack many of the trappings of modern life: electricity, telephones, and, often, even decent roads. This isolation retards development and keeps the poor poor, by separating them from trade.

Another thing that rural Africans usually lack, of course, is computing. That might sound like an odd thing to prioritise when there’s a shortage of electricity or medical supplies. But access to the internet can be vital for development, providing farmers with access to information on the prices their goods can fetch, and aiding education.

At least, that’s what the UK-based NGO Computer Aid believes. And it’s tackling the problem with an innovative recycled, solar-powered computing station it calls the ZubaBox.

Named for the word for ‘sun’ (Zuba) in the African language Nyanja, the ZubaBox is a shipping container containing refurbished computers — donated to the charity by businesses — and powered by solar panels. Access to the internet is provided by a satellite link.

So far, Computer Aid has sent eight ZubaBoxes off to various remote rural locations in Zambia, Zimbabwe, and Kenya. The ZubaBoxes, which cost around $25,000 to build, are given to villages free, but locals pay the $1000-a-month cost of the satellite link. One farmer in the Zambian village of Macha raises the funds by charging other villagers for access. As BusinessGreen reports:

“Now even the local bank comes round via Macha and it plugs into the internet link, sets up its little booth, and gives you your cash,” Barker said. “Suddenly you’ve got teachers who want to work there because they can get paid.”

The ZubaBox roof contains six solar panels generating a maximum of 1400 W per hour. Its maximum consumption is just 485 W per hour, enabling it to store excess power in four battery cells to run at night-time and during the rainy season. (Here’s a fact sheet with more technical details.)

Here’s a video the BBC technology program ‘Click’ made about the ZubaBox project.

So far, ComputerAid has funded its ZubaBoxes through sponsorship by UK IT companies, who donate old computers and provide additional funding. But it says it’s struggling to attract enough donations and have occasionally had to buy refurbished computers to meet their needs. So, if you’re a UK-based IT manager or you know someone who is, you might want to consider donating a PC or five. They also accept donations from individuals.

Have a tip for CleanTechnica, want to advertise, or want to suggest a guest for our CleanTech Talk podcast? Contact us here.
In this article:Africa, computer aid, development, low-power computing, solar power in africa, Sustainable Development, zubabox 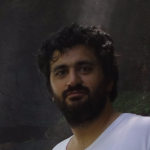