SolarCity has teamed up with ClipperCreek to provide electric vehicle (EV) chargers compatible with all new EVs. SolarCity will initially install ClipperCreek EV chargers through its 24 operations centers nationwide, making it the largest single provider of EV, solar, and energy efficiency services in the U.S.

The cost of installation of a ClipperCreek 240-volt Level II EV charger, including the charger, starts at $1,500. It can charge roughly five times faster than using a 120-volt wall outlet.

SolarCity says it can prepare a home or business to be EV-ready even before delivery of an electric car for those who wish to install EV chargers only and for its solar and energy-efficiency customers.

The companies say EV drivers using the charger can save up to 77 percent on fuel costs. They cite, as example, an average San Francisco Bay Area resident paying the national average of $3.65 per gallon gas and thus spending about $230 per month to fuel a gas-powered car. They would spend $107 to power an equivalent-size EV with grid electricity, and, by leasing a solar system from SolarCity, only $54 to power the car with solar electricity for the same miles driven.

Back in the 1990s, ClipperCreek pioneered EV-charger safety features that have become the industry standard. Some of the car models that its UL-listed chargers are designed for use with are the Chevy Volt, Ford Transit Connect, Nissan Leaf, Tesla Roadster, and all SAE-compatible plug-in vehicles due to hit the market soon.

“We are pleased to partner with SolarCity to help increase the number of homes and businesses that can run electric cars on renewable energy,” said ClipperCreek president Dave Packard,. “Roughly 40 percent of residential EV owners have solar and we expect these environmental and economic benefits to expand with the coming proliferation of electric cars and increasing use of solar power.” 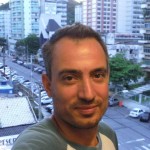 This is a short section of our new, free 2021–2022 EV Chargers Guide. More sections of the report will be published shortly, or you...