Whether or not you support big solar, it's taking America's deserts by storm as more and more businesses realize the colossal investment potential. The financing announcement of the largest solar thermal plant of 2011 was just announced: the massive 800-MW, $900 million CPV Sentinel Facility in Riverside County, California.

And the co-owners are just as mighty. Competitive Power Ventures (CPV), GE Energy Financial Services, and Diamond Generating Corporation generated almost $2 billion in commitment for the project, with backing from 23 banks across the globe.

With financing in place, construction near the Desert Hot Springs is set to begin immediately. Energy from the plant will be used to power thousands of homes in Coachella Valley and the Los Angeles basin.

In addition, the project will pump at least $55 million into the local economy via 300 direct construction jobs and 400 indirect employment opportunities. Sales tax will bring another $30 million, plus annual property taxes of $6.4 million thereafter.

The plant will also complement California’s goal of 33% renewably-sourced electricity by 2020 and help us to cut back on our greenhouse gas emissions. Efforts are being made across the state to implement home solar, wind power, geothermal, hydroelectric, and other relatively clean sources of electricity as well.

Incidentally, a U.S. solar power plant (which is actually a little larger than this thermal power project), the Blythe Solar Project, is also coming up in Riverside County soon. That power plant will ring in at an incredible 968 MW.

These clean energy power projects are right on par with an average nuclear plant, and the faster they’re built, the sooner we can displace potentially catastrophic reactors like the one responsible for Japan’s Fukushima disaster.

How do you feel about big clean energy power plants like this (compared to the fan-favorite, home solar)? Love ’em? Hate ’em? Let us know in the comments!

Brittany Mauriss is an editor and solar expert at GreenMarketing.TV, the green entrepreneur’s source for start-up ideas and insightful interviews with the industry’s top thinkers. She also blogs over at EntrepreneursforaChange.com. 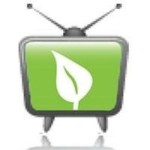