High tech research into futuristic alternative energy systems makes for good headlines, but new and exotic technology isn't necessarily a prerequisite for making the shift into 100% renewable energy. A couple of months ago, a researcher from Stanford University released a study claiming that the world could achieve 100% renewable energy based on

High tech research into futuristic alternative energy systems makes for good headlines, but new and exotic technology isn’t necessarily a prerequisite for making the shift into renewable energy. A couple of months ago, a researcher from Stanford University released a study claiming that the world could achieve 100% renewable energy based on existing technologies and available resources. That’s a pretty big claim, given the global demographic and economic pressures that virtually guarantee a significant increase in access to energy-guzzling machines, vehicles and electronic devices. However, it could be doable…except for one thing…

Renewable Energy at Our Fingertips

The Stanford researcher, Mark Jacobson, co-authored the study with Mark Delucchi of the University of California-Davis. They came up with a renewables plan that relies on wind and solar for 90 percent of energy demand, with geothermal, hydropower, and ocean power filling in the rest. Among the many factors that would go into the success of the plan are two big ones. One is a global fleet of vehicles, ships and aircraft that run on electricity, hydrogen fuel cells or liquid hydrogen. The other is a smart grid that can bundle variable energy sources from great distances to ensure a steady supply. The enormous DESERTEC solar project in North Africa, designed to meet European demand, is one such example.

Among the factors  that would go into blocking such a plan is the global population trend, which stubbornly insists on inserting millions of potential new consumers into the marketplace each year. In addition, new consumers in developing nations find themselves with more access to modern lifestyles than those of a generation or two ago, and the number and kind of energy-gobbling instruments in our lives seems to have no end in sight. All together, renewable energy could find it difficult if not impossible to keep up with demand.

However, for Jacobson and Delucchi demographics and economic development are not obstacles. The key to the whole plan is shifting away from combustion as a means of energy production, which is one reason why you won’t find biofuels playing any meaningful role. Combustion is an incredibly inefficient means of producing energy, as the folks at Lawrence Berkeley National Laboratory can demonstrate with a handy energy waste flow chart. The bottom line is that conservation and improved efficiency couldn’t hurt, but they aren’t necessary.

The Fast Track to 100% Renewables

The U.S. Department of Energy already provides support in the form of its recently announced ten-year plan to achieve cost-competitiveness with fossil fuels for wind and solar energy. Since Jacobson and Delucchi’s plan is global in scope, it also may be underselling the potential for geothermal energy to play a much more significant role in the U.S. market. Like wind and solar, geothermal has the potential to go online within months, in contrast to the excruciating process of planning, siting, permitting and building new fossil fuel power plants (and don’t get me started on nuclear!).

Oh Wait – Maybe Not So Doable After All

Remember, the key to the whole plan is to shift energy production away from combustion. That’s not going to happen in a vacuum. You need a regulatory structure to ensure that combustion-sourced energy doesn’t continue to obtain the lion’s share of public energy subsidies, let alone continue to get a free ride on its significant, negative consequences. Well, don’t rely on the current Congress for an assist, not with the House of Representatives trying its best to ensure that greenhouse gas emissions continue to go unregulated. Aw, nuts.

Image: Solar panels at ASU by there generation on flickr.com.

Appreciate CleanTechnica’s originality and cleantech news coverage? Consider becoming a CleanTechnica Member, Supporter, Technician, or Ambassador — or a patron on Patreon. Don't want to miss a cleantech story? Sign up for daily news updates from CleanTechnica on email. Or follow us on Google News! Have a tip for CleanTechnica, want to advertise, or want to suggest a guest for our CleanTech Talk podcast? Contact us here.
In this article:Greenhouse Gas Emissions, Mark Z. Jacobson 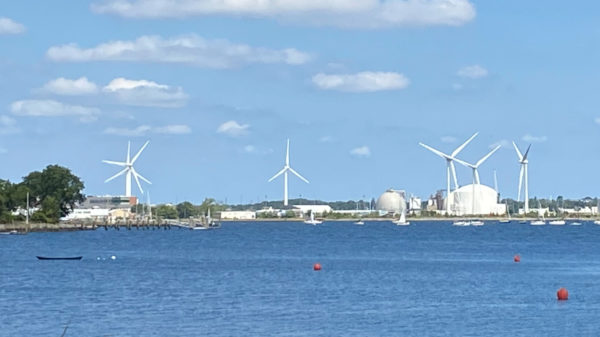