Even as more states put e-waste laws into effect, a legal challenge to New York City’s law is raising issues about their future.  E-waste laws are just one example of a growing U.S. movement toward extended producer responsibility (EPR). Nineteen states and New York City have passed electronics EPR laws that require electronics manufactures to pay for and facilitate collection and recycling of their products at the end of consumer use.

But the Consumers Electronic Association (CEA) and the Information Technology Industry Council (ITIC) have sued to block New York City’s law because of a feature requiring door-to-door collection of the waste products. Manufacturers must provide such an option for city residents disposing of electronic devices heavier than 15 pounds.

This feature of the New York City law is designed to cater to residents of the densely-packed city who do not own vehicles. CA and ITIC say the mandate is draconian and prohibitively expensive.  Oral arguments in the case are scheduled for Jan. 19. But one of the leading proponents of New York City’s law, the Natural Resources Defense Council, has intervened in the case.  Last summer NRDC Senior Attorney Kate Sindig responded to the lawsuit by saying the manufacturers “are trying to escape liability for manufacturing toxic products on the basis that once sold they can wash their hands of them.  Not only does this proposition offend basic notions of corporate responsibility, but a consideration of other regulatory approaches commonly employed in this country suggests that it cannot be correct.” Observers say a successful challenge to the law could led to challenges against not just e-waste laws, but other product stewardship statutes.

Meanwhile, a new report on the second year of Minnesota’s 2007 e-waste law finds that it delivered 5.72 pounds of recycled electronics per capita in the state of 5.2 million. The law covers household/consumer video display devices in televisions, computer monitors, and laptop computers. The law’s goal of 60% recycling by weight of video display devices sold in the state in its first year rose to 80% in the second year. If the goals are not met, registration fees for manufacturers increase. Manufacturers are allowed to contract directly with e-waste recyclers, form recycling alliances, or offer take-back options. Manufacturers must register with the state and retailers can sell only from the registered 107 brands.

Wisconsin joined the ranks of states with e-waste laws last fall. The previous voluntary system there resulted in only about 10% recycling. 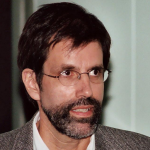 Dave Dempsey is a writer active in conservation for more than 25 years. A frequent freelance contributor and newsweekly columnist, Dave is the author of four award-winning books on the environment and a biography of Michigan’s longest-serving Governor, William Milliken. A native of Michigan who now lives in the Twin Cities metro in Minnesota, Dave served as environmental advisor to Michigan Governor James J. Blanchard from 1983-89. President Clinton appointed him to the Great Lakes Fishery Commission in 1994. Dave has also held numerous administrative, policy and consulting positions for nonprofit conservation and environmental organizations in Michigan and Minnesota. He was both policy director and executive director at the Michigan Environmental Council and Great Lakes policy consultant for Clean Water Action. Dave has a bachelor of arts degree from Western Michigan University and a master’s degree in natural resource development from Michigan State University, and has served as an adjunct university instructor at MSU in environmental policy.