In a win-wIn move for the US Army and the USA, a mutually beneficial financing arrangement was signed this week between the US Army and a new partnership (“Irwin Energy Security Partners LLC”) comprising Clark Energy Group and multinational solar power giant Acciona. By using Enhanced Use Leasing they can now not only finance the solar project for Fort Irwin, but double the size to 1,000 megawatts.

The solution they came to this week provides a model for how to get around the difficulties encountered by utility scale solar companies in getting past NIMBY opposition and other roadblocks to developing big solar in the desert.

System to be built:

A 1,000 MW mixed solar thermal and solar PV power station will be built at Fort Irwin in stages, that is orders of magnitude larger than the 14 MW solar farm at Nellis Air Force Base in Nevada and the 2 MW installation at Fort Carson in Colorado. The 5,000 recruits at Fort Irwin would only use 35 MW. The first phase will produce more than 500 MW of renewable energy or 1,250 gigawatt hours per year of solar power by 2022.

What the Army needs (and gets):

Net-zero energy. The US Army is under very strict requirements to get off fossil fuels fast. (previous story) But it’s hard for the Army finance its own solar development as doesn’t have the authority to sign 30 year contracts. As recently as August, when we covered the initial proposal, the US Army Energy Program Developer, Kevin Geiss was quoted as worrying that while they had the land and the demand; the problem was financing. At that time, only 500megawatts was being considered.

What it has and gives:

What the Army has to offer is longterm ownership of 14,000 acres of prime NIMBY-free land…in the Mojave desert. With a water supply and high-power transmission lines. It’s the nations largest military base.

What the company needs and gets:

A longterm lease on land for as long as they need it in order to get payback on a huge 1,000 MW solar system that will supply the grid with the energy to earn its payback.

What it has (and gives):

The financial wherewithal to get it done. And fossil-free power to supply the base with what it needs. First they will cover the needs of the base, 100%. By 2014, Fort Irwin will be running net-zero fossil fuels, 100% solar powered. They will deliver services such as operation and maintenance over the years and send the extra power to the grid.

It enables Fort Irwin to get 100% of its energy needs covered by solar power, while a private company gets to build a large solar farm on prime Mojave Desert land perfect for solar with a long term lease and access to transmission to sell the remaining extra power it can generate. So, in exchange for a long lease, they signed an agreement to build and maintain what will ultimately be a 1,000 MW solar system, to be built in five stages, funded by energy sales to the grid.

What the USA needs and gets:

And it’s a huge win for the USA. We get the change. 965 MW of gorgeous sunshine power from the Mojave desert. (And a model for future solar development on Army owned land.)

What we have and give:

A courageous Department of Energy that awarded the builder, Clark Energy Group a $5 billion Super Energy Savings Performance Contract, and a US Army smart enough to pick Acciona, a 100 year old company with 20 years of renewable development experience.  We also put together the landmark renewable energy EUL that enables the development of a 1,000 megawatt solar power station by swapping what we need and what we have.

Great news for all of us and congrats to Fort Irwin for inking this great deal for the US Army and the USA!

Appreciate CleanTechnica’s originality and cleantech news coverage? Consider becoming a CleanTechnica Member, Supporter, Technician, or Ambassador — or a patron on Patreon. Don't want to miss a cleantech story? Sign up for daily news updates from CleanTechnica on email. Or follow us on Google News! Have a tip for CleanTechnica, want to advertise, or want to suggest a guest for our CleanTech Talk podcast? Contact us here.
In this article:Acciona, Fort Irwin 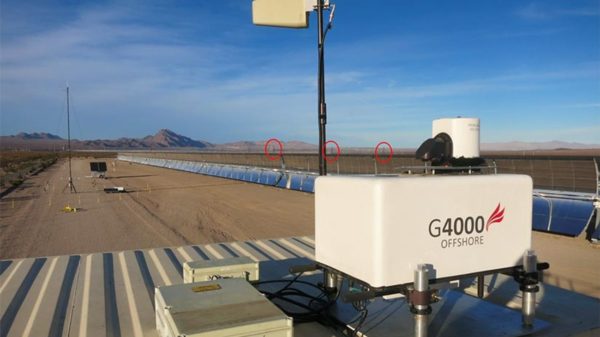 The world's greenest and most sustainable companies have been highlighted in two parallel reports published this week by CDP, the non-profit global environmental disclosure platform,...