The U.S position on Climate Change is overshadowing all other discussions in the lead up to Copenhagen, even at a conference I recently attended in Melbourne Australia – the 5th Australia-New Zealand Climate Change & Business Conference, August 24-26th. The Australian position requires global consensus for a greenhouse gas emissions target by 25% with a successful Post 2012 Agreement in place, but only 5% if that is not concluded. It all depends on what the U.S does in Copenhagen according to their minister Penny Wong.

The European Union is the only group that will continue with strong commitments independent of the U.S position with a 20% reduction of greenhouse gases on 1990 levels by 2020 and 30% if a global agreement is concluded.

Katy Cecys of the Pew Centre on Climate Change,  stated that, the American Clean Energy and Security Act sets a target to reduce GHG emissions to 17% below 2005 levels by 2020, and 83% below by 2050. Offsets (project-based reductions) are limited to 2,000 million metric tons equivalent per year, or 30% of U.S. emissions reductions, split evenly between domestic and international offsets.

Ms Cecys, raised two other issues, which will help the U.S Senate pass the Bill – the first is finding a strong advocate like Waxman in the House to drive the Bill through the Senate – the proposed champions are Senator Barbara Boxer or Senator John Kerry with a moderate republican yet to be nominated. The second point is that if the Senate fails to pass the legislation the U.S EPA can legislate as greenhouse gases have now been nominated as noxious substances, such that some fear the U.S EPA may rule even more strongly than the Senate. So there is a view the Senate will pass the Bill either before or after Copenhagen.

The Pew Centre assessment is that a fully ratified Post 2012 agreement is unlikely, rather an interim agreement with a post 2012 architecture in place including a range of developed world targets and indications of advanced developing levels of support, which will be developed in follow up meetings similar to the Marrakesh accords that followed the Kyoto Protocol.

The U.S and EU has stated all economies should take on commitments as China is set to be the largest greenhouse gas producer in the future. 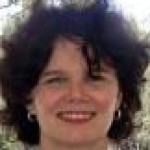