Energy Secretary Steven Chu was recently on the Daily Show, with a carbon reduction strategy that is readily applicable: cool off our roofs.

Your home or office building has to endure the solar radiation it receives from the sun on a daily basis.  Much of this radiation gets transferred through conduction into the building, placing a further burden on your air conditioning system.  Painting the roofs of buildings white and laying softer colors of roofs on homes will reflect that heat energy back into space.

Dark roofs typically made up of either asphalt, or tar and bitumen absorb roughly 90% of the solar energy, while white roofs only pick up about 10 to 15%.  On a broader scale, the urban heat island effect is a direct result of dark roofs and streets, which drives up air conditioning demand and impacts the local ecosystem.

This concept isn’t what won Chu his nobel prize. Art Rosenfeld, who sits on the California Energy Commission has been championing this idea since the 1980s.  He estimates that the amount of carbon saved by cooling off the world’s roofs over the next 20 years would be the same amount of carbon that is emitted globally per year. The USGBC’s LEED rating system also awards points in their ‘Site Selection’ category for buildings and parking spaces that are designed with cooler materials.

Across the country, there is a surge in implementing cool roofs.  States are now redefining their energy codes to enforce cool roof strategies. Federal stimulus dollars are being used to create tax incentives for roofs that qualify. Of course this strategy shouldn’t be applied in climates that can benefit from a dark roof  to lower their heating bills.  However, structures in warm climates will see a reduction in their electricity bill, and curb their emissions at the same time.

Don't want to miss a cleantech story? Sign up for daily news updates from CleanTechnica on email. Or follow us on Google News! Have a tip for CleanTechnica, want to advertise, or want to suggest a guest for our CleanTech Talk podcast? Contact us here.
In this article:architecture, Carbon Emissions, LEED, Steven Chu, urban heat island effect 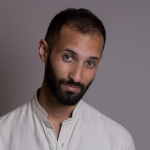