American progress in energy education and research is getting ridiculous.

Watching the race to lead worldwide energy technology, an editorial in today’s San Francisco Chronicle details the recent gangbuster investments into clean energy technologies in China, Japan, and Korea. The piece doubles the point by mentioning the recent rejection of President Obama’s RE-ENERGYSE initiative (for ‘REgaining our ENERGY Science and Engineering Edge’).

The editorial’s punchline: “If America does not take immediate action to bridge its energy education gap – and if we fail to make substantially larger investments in our own clean-energy economy – we will effectively cede the clean-energy race to Asia. A decade from now, we may still find the burgeoning clean-energy economy promised by Obama and Democratic leaders. It will simply be headquartered in China.”

Because China is reportedly investing $440 to $660 billion in clean-energy industries over 10 years, while Japan is investing in a 20-fold expansion of installed solar energy by 2020 and South Korea is investing 2% GDP, some $85 billion, in green industries and technologies over 5 years. As for the U.S.? Only about $10 billion annually will be invested in the U.S. clean energy economy under the Waxman-Markey legislation, including just $1.2b to spur R&D in low-carbon technologies.

But, it helps to talk tech instead of dollars.

Comparing the U.S. to China and Japan is just as unflattering when we ask “How many hybrids and how soon?”

China will put half a million hybrids vehicles per year by 2011, and Japan’s Toyota anticipates 30,000 by 2012. In the U.S., Ford hopes to produce 120,000 by 2020 – dubious cause for celebration when put in context. While recent news has carried announcements about massive public investment in China for renewable energy standards that dwarf U.S. efforts, domestic efforts to get hybrid vehicles on the road, which taps existing industry routines for the most part, illustrates how far and how fast Asia will get ahead.

The SF Chronicle editorial is somewhat shorter than the full version in The Huffington Post.

In this article:competitiveness, hybrids, RE-ENERGYSE, US Department of Energy (DOE) 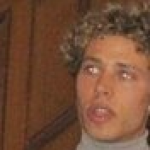 Daniel Spitzberg enrolled in a Masters program in the Spring of 2009. His research focuses on prize incentives that organize science communities (think X-Prizes). Danny believes peer-review collaboration brings environmental research closer to making a real-world impact. Since graduating from McGill University in 2006, he has brought this to bear in projects in the United Nations, TERI India, and here at NYU’s Environmental Health Clinic. He also co-founded (and sold) a company facilitating collaborative group-work. He currently works at The Breakthrough Institute, a high-profile progressive think tank that promotes working solutions for climate policy. Danny works (travels) as a freelance journalist, covering the often-overlooked value to society of breakthrough science research(ers). On land, Danny bikes and runs. On water, he rows on the Charles River.