Earlier this week, I was lucky enough to interview Andrew Winston, the author of ‘Green to Gold‘, a seminal work in the environmental space and all round green guru. If you haven’t read it already, I’d highly recommend it to anyone who wants to understand the sometimes difficult relationship between the environmental sector and commercial organizations. As ever, Andrew provided thoughtful commentary on the state of the environmental movement and CSR:

1. In your book Green to Gold, you eloquently argue for the economic benefits of going green – has your view changed given the recent crisis and the stimulus push’s subsidization of the industry?

No, my belief in the benefits of going green has strengthened.  That’s why I wrote my new book Green Recovery, which focuses on going green in hard economic times.  One of the core principles of going green is doing more with less — getting lean.  That’s a perfect strategy for tight times. Companies can save a great deal of money and quickly in a few key operational areas that are generally ripe for savings: facilities (lighting, heating/cooling), IT, fleet, telework/telecommunication, and waste.  Getting lean can help companies survive, potentially avoid some layoffs, and provide capital to reinvest in people and innovation for the longer run.

It’s an interesting question.  I’m not sure there’s anything ‘wrong’ with the arguments or frameworks in Green to Gold, but we may have covered some areas less than we should have.  One area that comes to mind is the focus on large companies in Green to Gold, which could appear to leave out small and medium sized companies.  I believe that most of the lessons and tactics of GTG apply equally to small companies with one major exception – influencing your supply chain in a deep way is not possible for smaller enterprises. They need to work together with others or with their industry to truly tackle the value chain impacts.  But many of the key ways to create value — reducing costs, innovating to help customers reduce impacts, building brand — work well, and often better, for smaller companies.  Overall, we tried to remedy any missing elements in the paperback that came out earlier this year, with revisions throughout and some answers to frequently asked questions and a new intro with key themes.

3. In your book, you talk about ‘waveriders,’ or those organizations that are leading the charge – who’s in that category, and what’s changed?

That list in GTG was mainly a starting point, not a declaration of leaders. It was based on which companies were doing a number of things back in the beginning of our research (going back to 2002-2003) — it was companies that different ranking companies like Innovest had highlighted, or companies joining groups and making commitments to reduce greenhouse gases.  I thought of it as the starting point for what companies we might want to interview. There were ones on that list that might have seemed questionable then, and certainly do now — GM for example.  So there are certainly changes, but more in who’s missing, like Wal-Mart, which has become the standard bearer in the last few years.  But the list of companies that people talk about as sustainability leaders has remained fairly consistent for years — there are just some new entries.

4. What do you think of Tom Friedman’s “green bubble” argument — that, like IT and the internet, we need a bubble to get new clean energy technologies integrated into society?

If I understand where he’s talking about, he means a bubble of investment where there’s a rush of experimentation and serious money flowing.  Some things don’t work out, but you’re left with a real infrastructure and ecosystem of new companies and technologies.  I agree, but the build out will be much larger than even the Internet. We’re talking about how we power our lives, how we live, travel, eat, etc, etc.  We do need a rush of investment, but then sustained higher levels of innovation and investment going forward.

5. If you could have any job, what would it be?

That’s a funny question.  I don’t know — I enjoy what I do now a great deal.  There are pros and cons to being an independent voice and general evangelist for the benefits of green business, and I sometimes miss the hands-on feel of working for something in an organization and having responsibility for seeing it through.  But I can reach so many organizations in my current career incarnation, that I’m happy where I am.

6. What keeps you up at night?

Besides worrying about my kids’ future, I do worry and think a lot about that big sustainability question: Are we going to make it?  Are we going to stem the tide of the environmental damage and handle the inertia in the climate system well enough?  The signs are always such a mix of positive and depressing that you have to just keep moving and stay hopeful.  In one week a few weeks ago, I spoke at a Wal-Mart sustainability summit in Brazil that was earth-shattering: the company made its suppliers agree to avoid beef and soy from cleared Amazon lands — that’s one of the most positive steps I’ve seen and could have enormous ripples around the world in how products are sourced and how we impact land use. But at the same time, the U.S. Congress barely passed a climate bill and then the G-8 meeting was moderately successful.  It doesn’t seem like the policy discussion around the world is moving at the pace that the scientists are telling us we need to.  This is somewhat terrifying.  But I have faith that what we’re seeing in the private sector is just the beginning and may drive the innovation and change we need faster than the governments can keep up.

7. Do you ever turn down clients for your consulting business? If so, why?

It hasn’t really happened yet.  I haven’t been approached for consulting by a company that doesn’t have some belief in this business movement or want to green their strategy.  I HAVE had some dilemmas on speaking engagements.  In one case, I took an engagement with a company that is mainly moving the environmental ball in the wrong direction, but I gave most of my fee to an organization that is working hard to combat those environmental challenges. It was a tough call, but I speak very often to the very skeptical and those who are not sure about all of this.  This is my job I think, to speak to the hardest audiences in a language that they feel comfortable with.

9. You’ve had a hand in educating the next generation of environmental leaders – what are the questions being asked? Where do these folks lie in the spectrum between Birkenstock-wearing treehugger  and Wall Street capitalist?

I think that line is certainly blurring.  For example, the quintessential green CEO to me is not exactly Ray Anderson or Yvon Chouinard [note from Tom: read Yvon’s book!] (although these guys are the standard-bearers), but someone like Jeff Immelt at GE. In some sense, having executives who don’t consider themselves ‘green’ or converts, but just see the business and growth opportunities will lead to larger change.  We need everyone to see that it’s good business to get lean, get smarter about environmental impacts up and down the value chain, and get innovative.  And the line is getting even less important when you look at what’s happening to attitudes in business schools and universities.  These students don’t see a trade-off between CSR and profits anymore.

10. More recently, you’ve authored ‘Green Recovery.’ Can you  give us a sneak preview as to the advice you give?

Beyond what I wrote in response to the first question, I’d add that a major focus of the new book is balancing the ‘now’ (getting lean) with the future.  I discuss something I’m calling ‘heretical’ innovation — I suggest asking some very tough questions that challenge the very foundations of your company or your products. Things like Boeing asking, can we fly without jet fuel?  Or a cleaning company I highlight, Tennant, asking ‘can we clean the floor without any chemicals?’ (their answer is yes, and they have a very successful new floor-cleaning machine to prove it).  I also spend a bit of time on employee engagement, but not on the normal tools like incentives, awards, training, etc.  I speak more about what employees should understand and believe to set up the company for success in this century.  A few principles like: climate change is political and business reality, no matter what you think of the science, or resources are not infinite (that’s a new one to our species). It’s a mindset change that will drive real innovation and cost-savings when you get these ideas ingrained.  Companies can recover from this economic mess, and going green can lead them out. 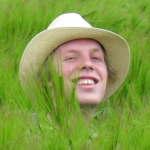 Tom (@brightgreen) is the Founder and Managing Partner of Bright Green Talent (www.brightgreentalent.com), an environmental recruitment business. Tom is social entrepreneur and campaigner for responsible business, having started three social businesses and winning the Young Social Entrepreneur of the Year in the UK. In 2007, he was featured as one of 30 'Everyday Heroes' in Prime Minister Gordon Brown's book. Find out more on www.tomsavage.co.uk.