This is a notch up from high-altitude wind turbines.

It’s another type of space race, to be the first company to get solar satellites into orbit.

U.S. companies are aggressively researching the technology, reports Yale 360. One firm called PowerSat in Washington state has filed for patents to link as many 300 shiny satellites together in space, beam the energy to one big satellite, then transmit the power back to Earth.

A California utility called PG&E also has signed a deal with Solaren for 200 megawatts of space-based solar power in 2016, according to The Wall Street Journal.

The Pentagon has been studying solar satellite technology for decades, but high costs have confined sun power to the ground.

PowerSat says it expects to have systems in the sky within a decade.

The company’s two technologies, BrightStar and Solar Powered Orbital Transfer, will enable the reduction of launch and operation costs by about $1 billion for a 2,500 megawatt power station, PowerSat officials say.

“Powersats can provide baseload power similar to that of a traditional coal or a nuclear powered plant, but without any of the emissions problems or the need to tap into limited resources,” according to the company Web site.

“Unlike other sources of renewable energy, space solar power is not limited by geography, climate or even time of day. Clean, renewable, baseload power can be fed directly onto the grid 24/7.”

Are high-altitude wind and space solar two “pie in the sky” ideas? Or should they be a focus of the future?

Photo Couresy of NASA via Wikipedia.

Have a tip for CleanTechnica, want to advertise, or want to suggest a guest for our CleanTech Talk podcast? Contact us here.
In this article:brightstar, powersat, satellite, solar powered orbital transfer, Solaren, Space 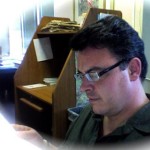 “The Adventures of Starman” Is Back, Exploring Backstory & Kicking Some Evil Big Tech Behind

February 6, 2018. That is when it happened. SpaceX launched its first tri-booster Falcon Heavy rocket. First, we saw two boosters simultaneously land on...