Could a regular light bulb end up being an energy efficient competitor to a compact fluorescent bulb? Researchers at the University of Rochester say yes.

[social_buttons] A team of optics researchers at the school say they’ve developed a process that makes a 100-watt incandescent bulb use less electricity than a 60-watt bulb. The process, they say, would keep the cost of a traditional light bulb well under that of its fluorescent counterpart while maintaining the more pleasant light an incandescent bulb gives off.

Professor Chunlei Guo  (pictured above) and his team developed a laser process that treats the tungsten filament in a traditional bulb. The process creates nano- and micro- level structures on the filament that dramatically improve its efficiency.

The process involves an incredibly short femtosecond laser pulse, which lasts only a few quadrillionths of a second.

“We knew it should work in theory,” says Guo, “but we were still surprised when we turned up the power on this bulb and saw just how much brighter the processed spot was.”

It’s not immediately clear how long it would take to commercialize the discovery. But the laser in the Rochester process can be powered by a standard wall outlet — meaning it could be relatively simple to implement in a manufacturing environment once refined.

Other technologies are also crowding the field. The U.S. Navy is promoting LED and HID lighting in its ships. Cambridge Researchers say they’ve developed a LED bulb that costs $3 and last 60 years. A technology called ESL is headed to market as well. It will be interesting to see if the Rochester process finds a place on store shelves.

Have a tip for CleanTechnica, want to advertise, or want to suggest a guest for our CleanTech Talk podcast? Contact us here.
In this article:Add new tag, compact fluorescent bulb, incandescent bulb, laser, light bulb, University of Rochester 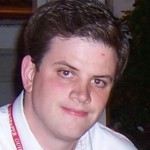 Methane is a potent greenhouse gas. Limiting how much escapes into the atmosphere could slow the pace of global heating.

A collection of researchers from the fields of astrobiology and biogeochemistry have developed sophisticated new computer models designed to determine if human life on...

Originally published on 1Sun4All. Angelina Jolie has worked with UNHCR since 2001 — you may read more about her Field Missions here. IKEA is well-known for...