Editor’s Note: The is a guest contribution by Edward Fenster, CEO and co-founder of SunRun. This is the fifth post in a series from the CEO’s of major solar companies. You can follow the complete series here.

As solar power and other renewable energy sources grow, so does awareness and debate about the role of renewable energy certificates (RECs). As the CEO of SunRun, which is the nation’s largest provider of solar electricity to homeowners and a recipient of RECs, I strongly support the value that RECs bring to our industry.

RECs have real monetary value in regional markets. As the renewable energy sector grows, it’s likely that we’ll see markets for RECs nationwide in the near future, along with an increased focus on how RECs work, and whether they are a good incentive for the renewable energy industry.

There are two markets for RECs: compliance, which serves to help utilities meet renewable portfolio standard (RPS) minimums, and voluntary, where individuals and companies can purchase RECs as a substitute to purchasing renewable electricity directly. In most compliance markets, the value of a REC is determined by the “alternative compliance payment,” or tax, that a utility would need to pay the government if it could not purchase enough RECs to meet its mandated green energy goals.

The voluntary market is an easy and efficient way for companies and individuals to contribute to the building of renewable energy. In particular, companies have seized on the opportunity to advertise a strong commitment to the environment by purchasing RECs. But these companies often make no changes to their energy consumption. The claims by these companies are only true if the RECs they have purchased lead to future development of green energy and reduction of pollution. However, RECs by design reward projects that have already been built and are producing electricity. Is this a fatal flaw in the design of the REC system? Not so fast. 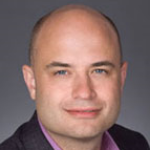 Edward co-founded SunRun because he believes renewable energy is the key to environmental preservation and international harmony. Prior to starting SunRun, Ed was a founder of Transforma, CEO of Avestar-IP, and Director of Corporate Development at Asurion Corporation. With the Blackstone Group, Ed completed more than $10 billion in private equity and merger and acquisitions transactions. He is a member of the Pew Center on Global Climate Change and also serves as an Advisory Partner to Millennium Technology Value Partners. Ed holds an MBA from Stanford University and a BA from The Johns Hopkins University. He spends his free time composing and playing blues organ and piano.