Editor’s Note: The is a guest contribution by Angiolo Laviziano, President and CEO of REC Solar Inc. This is the third post in a series from the CEO’s of major solar companies. The first post was by the SolarCity CEO, Lyndon Rive, and the second was by groSolar CEO Jeff Wolfe. You can follow the complete series here.

Two phrases that are often repeated in the solar industry are “Grid Parity” and “Cost Roadmap”. Grid parity is generally considered to be a key goal of the solar industry. Grid parity will be achieved in the U.S. when customers are motivated to buy solar because the investment has a sufficient return WITHOUT any subsidies from the federal or state government.  At present, most people consider PV to be a financially acceptable investment only if federal, state and rebate incentives are applied.

Currently, the rebates and tax credits offered by the government improve the financial return of a solar project together with other factors, such as the solar electric system cost (lower is better for the return), sun exposure on site (higher is better) and the cost of electricity that the solar system is substituting (higher is better).

The above data shows that Hawaii is closest to grid parity given the combination of high electricity prices and excellent solar insolation. At the moment, none of these markets are offering an acceptable payback time to solar electric system owners without the help from government incentives.

Our customer research shows that a payback time of 7 years is satisfactory to the purchaser of a 100kW system. In a non-incentive scenario the solar system price would have to be around $2.90/Watt DC in California, $1.70/Watt DC in Colorado and $5.90/Watt DC in Hawaii. 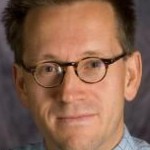 Angiolo Laviziano guides the strategic direction and long-term vision of REC Solar. He believes that solar electricity will become part of the mainstream energy supply within the next decade, and that the USA will be the world’s largest market for solar electricity within five years. “Our goal is to make solar simple and affordable, giving as many residential and business customers as possible the opportunity to install solar,” says Laviziano. “The positive environmental impact from solar power that we all desire will be realized by making solar electricity economically attractive.” In the 1990s Laviziano worked in the financial industry in Hong Kong before joining Conergy, the largest European renewable energy system integrator. He served on Conergy's board of directors and saw the company through a strong and profitable growth process culminating in its European IPO in 2005. Laviziano received a PhD in Financial Economics from the University of Hong Kong and holds a graduate business degree, equivalent to an MBA, from Koblenz School of Corporate Management in Koblenz, Germany.