Now PG&E in California, is planning to take their ability to tap renewable energy to a whole new level: solar power in space.“Solaren says it plans to generate the power using solar panels in earth orbit, then convert it to radio frequency energy for transmission to a receiving station in Fresno County. From there, the energy will be converted to electricity and fed into PG&E’s power grid.” ~ Next100.com

Solaren hopes to begin launching before 2016. The satellites will deploy the solar panels so they dock automatically together in orbit, resulting in an orbital power plant weighing roughly 25 tons if back here on Earth.

The advantages of space solar power include:

Before all this happens however, PG&E needs approval from the California State Legislature, through the California Public Utilities Commission for this Solaren Space Based Energy Contract. Currently, Solaren is preparing to launch space rockets containing the solar panels and they have been working with United Launch Alliance (a joint venture of Lockheed Martin and The Boeing Company) on such launches.

Solaren Corporation, is a start-up company nearly a decade old based in southern California that:

A competitor of Solaren is a company called Space Energy formed to harness solar energy from space using similar techniques. Solar energy from space has never been captured commercially, mostly because the cost was always considered too high. Daniel Kammen, professor in energy and resources at the University of California, Berkeley, told the Guardian: “The ground rules are looking kind of promising … it is doable. Whether it is doable at a reasonable cost, we just don’t know.” ~Telegraph.co.uk

Have a tip for CleanTechnica, want to advertise, or want to suggest a guest for our CleanTech Talk podcast? Contact us here.
In this article:Next100.com, PG&E, Solar power satellite, Solaren, Solaren Corp., space energy, Space Power, space-based solar power 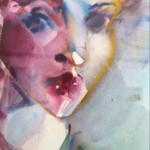 Lucy Chi loves good green design, ethical fashion, environmental art and education, renewables, holistic healing and more. She has been dedicating her energies toward finding and drawing attention to all the ways in which products, companies, and industries are moving toward creating a more sustainable world on the global scale, as well as the way individuals are moving toward living sustainably, and healing at the personal level. Sustainability studies: PresidioMBA.org & B.S. Cornell University, College of Human Ecology, Dept. of Textiles and Fiber Science. Contact: lucillechi (at) gmail.com

Originally posted on EVANNEX. by Charles Morris There’s an intimate connection between electric vehicles and renewable energy, and that connection — both literally and symbolically —...

There are many reasons to switch to electric cars instead of fossil fuel cars — better performance, quieter driving, lower operating and maintenance costs,...