The evolution of industrial power has been largely a story of utility. Societies adopted the most productive means of producing power, irrespective of all other concerns. Wind and water power may have been cheaper and cleaner, but with available technology were far less productive ways of making stuff.  Hence, they were abandoned in favor of fossil fuels.

This is why, even after the energy trials and tribulations of the 1970s and the spikes in prices since, FFs still hold sway. Renewables just never quite had the reliable and sustained punch of the power we could generate by setting things on fire.

Yet present-day advances in solar promise to turn that model on its head. This time, we start with one of the cleanest fuels available – sunlight – and learn how to use it as productively as possible.

Keep an eye on concentrating solar power (CSP), which has the potential to give fossil fueled power plants a run for their (and our) money in the near future.

This solar technology has the audacity, the unmitigated gall, to produce electricity long after the sun has gone down. What, you may ask, are these upstarts trying to do? Compete with coal and natural gas?

Advances in technology may soon allow CSP to conquer solar power’s Achilles’ heel.  Solar is a labeled a variable power solution, because sunshine inevitably takes a hiatus during the evening and can play hard to get behind the clouds.

This drawback has spawned an entire industry aimed at saving that power for a rainy day. Photovoltaic (PV) power stations, from residential to industrial scale, harvest the sun’s rays and convert them directly into electricity. This energy can be stored for later use, usually via battery systems.

But that storage solution is expensive, both financially and in terms of its massive ecological footprint. The battery banks can weigh literally up to many tons, are potentially hazardous, and can be a nightmare to dispose of.

CSP harnesses the sun’s rays also, yet instead it collects heat and uses that to produce steam which turns a generator. Everyone is familiar with the fire-starting potential of the sun and a simple magnifying glass. CSP uses mirrors to direct and concentrate sunrays on a fixed target (collector), which contains a fluid superheated by all those golden rays.

This fluid is pumped through the collector line and into an exchanger, which takes the heavy load of heat off the fluid’s shoulders and uses it to boil water into steam. This is where the CSP power plant process is essentially the same as its dirty fossil fueled ancestors. High pressure steam turns a turbine, which in turn turns a generator. Viola! Electrical energy.

Oh, and that hard working fluid? It gets sent right back to the collector to soak up more heat energy and start the process anew.

What gives CSP a leg up over photovoltaic solar is that heat energy, not electricity, is being harvested from the sun.  That brings us back to solar power’s original conundrum, and thus the great promise of CSP.  What to do when the sun’s not around to shine on collectors?

Heat, like electricity, can be stored.  Yet it’s far cheaper and easier on the environment to store heat as opposed to electrons (recall those large, heavy and expensive electrical batteries).  CSP’s storage potential may soon enable solar power to tell fossil fuels to put their carbon emissions where the sun doesn’t shine.

Anyone who’s jumped in a sealed up car on a hot summer day knows about the sunlight’s heat and its potential for storage. Our car is the collector in this case, the vinyl seats a storage device, and your blistered hamstrings the energy transfer.

Current CSP installations with storage capacity can retain heat energy collected during the day in storage tanks for about six hours. Commonly, (molten salt!) is the fluid used to retain that heat potential, which can be drawn upon later when the sun’s not available. The thermal storage tanks function as solar batteries, minus many of the environmental and financial burdens of electrical storage systems.

A 50 megawatt plant installed last year in Spain was the first ever of its size with such storage capacity. The country is a leader in solar, and is working with CSP systems that can store heat for seven hours. The US National Renewable Energy Laboratory is tinkering with systems that could soon double that time. While the sun may set at 6:00 pm, such technology would allow the CSP plant to produce electricity until sunrise the next day!

Speaking of the home front, the US has about 6,000 megawatts of CSP in the works. One megawatt is generally enough juice to power 150-250 homes. A recent study of the southwestern United States alone found that available land ideal for CSP installations there could, if developed, be capable of producing six times our current power capacity.

Solar may have played the part of the tortoise up till now, as the fossil-fueled hare appears to have dashed ahead. But the hasty sprinter soon runs out of gas (or coal), and is inevitably left in the dust. Turns out our turtle is more likely the energizer bunny in disguise, and will keep going, and going, and going, long after dirty fuels have lost their appeal.

Current CSP power is more expensive than fossil fueled electricity, but that glitch won’t last long – not when the true cost of burning fossil fuels are accounted for and reflected in any of the myriad carbon tax proposals on the horizon. As solar use in general multiplies while fossil fuels dwindle, sun powered electricity will eventually become the far better bargain. 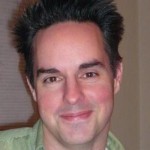 Soon after graduating college in 2005, I started work as a reporter in Lexington and Arlington in Massachusetts. I loved the writing and interviewing, yet felt something lacking. I now know what that something was. Though I always approached every story with respect and gave it my best effort, absent was the passion for and investment in the subject matter I was reporting on. Since then, I’ve discovered that passion - environmental issues and renewable energy. I’ve immersed myself in these disciplines and understand the link between the two. My goal is to share with the world the big things happening in our small corner of the planet.