The largest stimulus package in US history was signed today, and it’s putting a smile on the face of the solar industry. President Obama returned to Denver, where he accepted the Democratic nomination, to sign this landmark legislation–this time in front of solar panels, not neoclassical pillars.

“I don’t want to pretend that today marks the end of our economic problems,” Obama said before signing the bill. “We are laying the groundwork for a green energy economy that can create countless green jobs. We will transform the way we use energy.”

The CEO of Namaste Solar, Blake Jones, introduced the president. His Denver-based solar company was looking at layoffs, but now plans on increasing its workforce over the next two years given the stimulus to green jobs and renewable energy.

Other green provisions in the stimulus package include:

* A large sum for energy efficiency, including $5 billion for low-income weatherization programs; over $6 billion in grants for state and local governments; and several billion to modernize federal buildings, with a particular emphasis on energy efficiency.

* $2 billion for research into batteries for electric cars.

* A three-year extension of the “production tax credit” for wind energy (as well as a tax credit extension for biomass, geothermal, landfill gas and some hydropower projects).

* The option, available to many developers, of turning their tax credits into direct cash, with the government underwriting 30 percent of a project’s cost.”

The text of the stimulus package bill and a detailed summary are posted on the Appropriations Committee website. To increase transparency and accountability, the White House has also created a website to show how the stimulus money is spent.

Plans to expand solar are popping up all over the country, including a proposal in New Jersey to eliminate 1.7 million tons of CO2 emissions, and a solar deal in California large enough to power 845,000 homes. 1 Block Off the Grid, the solar group purchasing program which negotiates on behalf of localities for cheap solar, is expanding as well.

In this article:denver, solar, stimulus package 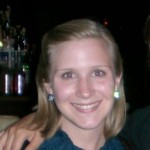 Natasha is a graduate of the University of Pennsylvania with an Urban Studies degree. A native Philadelphian, she recently moved to San Francisco to experience the West Coast and gain a new perspective. Natasha is committed to social and environmental justice, and enjoys writing about urban environments. Down the road Natasha plans on pursuing a degree in city planning and working to improve slum conditions in the developing world.