There is a growing recognition that there are two convergent crises facing the world: energy and water. Scientific American launched a dedicated environmental publication this month, Earth 3.0, with the cover story Energy Vs Water. The article explores the dichotomy between the fact that we need energy to produce water and we need water to produce energy. As we are reaching Peak Oil, we also appear to be  approaching Peak Water. This creates an interesting dilemma—one which will require no small amount of innovation to solve.

Biofuels, cited as one option to wean us away from petroleum, can consume 20 or more times as much water for every mile traveled than the production of gasoline. Not all biofuels are created equal however. Some are worse offenders than others, and the US National Research Council addresses this very well in ‘Water Implications of Biofuels Productions in the United States’.

Electric hybrids are another solution to get away from imported gasoline. But if we switch to electric cars, we will need more electricity and at the moment 90 percent of electricity in the US is generated at thermal power plants—those that consume coal, oil, natural gas or uranium— and these plants are water hogs. They use vast quantities of water for cooling.

The US Army Corp of engineers is currently trying to find a middle ground in an interesting water drama unfolding between the states of Florida, Alabama and Georgia. Part of the problem is that both Georgia and Alabama have come dangerously close recently to having to shut down their nuclear power plants due to lack of water.

The Energy Vs Water article goes on to say that “any switch from gasoline to electric vehicles or biofuels is a strategic decision to switch our dependence from foreign oil to domestic water”.

The Concept of Virtual Water

He was awarded the Stockholm Water Prize this year for his work in this area. According to his idea,  you can calculate how much water there is in, say an apple, not just physically in the apple, but on a life cycle basis, how much water went into growing it, transporting it etc. By doing this with various food items or other commodities, a country could take a view to import ‘water heavy’ items as a kind of a virtual way of importing water. For instance, behind that morning cup of coffee are 140 liters of water used to grow, produce, package and ship the beans. The ubiquitous hamburger needs an estimated 2,400 liters of water.

Put simply, it may be more cost effective to import oranges from a region that has plenty of water than to try and desalinate water at home to irrigate an orchard. That doesn’t always work, though—you can’t grow things like oranges in wet damp countries like England.

And herein lies one of the fundamental problems. There is a reason why it is easier to grow 50% of the nations fruit and vegetables in California—it’s warm and sunny. And for this same reason, populations have been moving to the sunshine belt. If we could all live in California and import melons and oranges and strawberries from England, wouldn’t that be great? And you can’t cool a nuclear reactor with virtual water—at least not yet!

In this article:Energy, virtual water, water scarcity, water versus energy 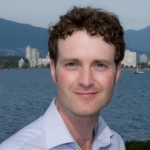