One of Al Gore’s frequently used sound bites to explain his skepticism about the potential for nuclear power to address energy and climate change challenges is that the plants come in only one size – “extra large”. The last time I heard him say those words was during an interview by Katie Couric just a couple of weeks ago.

Web denizens, Navy submariners, former Army Nukes, and others have always recognized that the former Vice President’s comment does not provide a full picture of the possibilities. While it is certainly true that vendors like GE, Areva, Rosatom, Siemens, and Mitsubishi have chosen to limit their model line-up to the very largest plants, the technical fact is that nuclear reactors have always been available in multiple sizes ranging from petite to XXL.

Aside: Toshiba – the majority owner of Westinghouse – is unique among the major vendors for its range of models from the 10 MWe 4S, to its participation in the 165 MWe PBMR, to its support for the international 335 MWe IRIS to its large AP-1000 and ABWR.)

I am an advocate of the idea of building much smaller nuclear plants than traditionally built by the major suppliers. Their choices have been justified by an adherence to “the economy of scale”, but I believe in the economies of mass production. By building small machines, one can do the same task repeatedly, gaining learning and achieving efficiencies that are not possible in a construction process that builds one machine at a time in a process that takes five – eight years to complete.

The idea of modular reactors is catching on. In the past two years, two start-up companies, Hyperion Power Generation and NuScale Power have received venture funding for projects aimed at much different markets and economics than those eyed by the established vendors.

Hyperion’s basic unit is described as 25 MWe with the heat source unit sized so that it can be transported intact on a ship, truck or train. According to the company’s web site, the modules will be approximately the size of a “hot tub” with a diameter of just 1.5 meters. The system uses technology that was originally developed at Los Alamos National Laboratories and licensed by the company for commercial development.

According to the company web site, the heat source has no moving parts and can be delivered from the factory in a sealed unit that does not need any on-site access. The company claims that the waste volume produced during five years of operation is approximately the size of a softball. (Note: I am skeptical about this particular claim. It does not match with my knowledge of nuclear engineering, but I am willing to be corrected.)

NuScale Power has developed a natural circulation light water reactor with a nuclear steam supply system that is in a 60′ by 15′ cylinder. It is designed to be prefabricated and shipped by rail, truck or barge. It is small enough so that NuScale will not have to wait in the Japan Steel Works pressure vessel line – there are plenty of manufacturers in the world that can produce that size of pressure vessel.

The natural circulation cooling means that the heat supply system does not need pumps, pipes or auxiliary equipment. It also does not need a backup power supply.

After the initial federal research grants ended and OSU published its results in 2003, the University continued funding the research and made continued improvements and refinements to the design. Several patents were filed in November 2007 and the company received its initial round of venture funding in January 2008.

NuScale’s employee roster is full of OSU graduates. It is also teaming with Kiewit a well established architect engineering firm with a history that dates back to before the depression.

One interesting factoid – Peter Kiewit Sons’ Construction Company was the prime contractor for the construction of SM-1A, a 4 MWe nuclear plant at Fort Greely Alaska for the US Army. That contract was awarded in April, 1958.

NuScale Power made a series of presentations to the US Nuclear Regulatory Commission on July 24, 2008. PDF versions of these presentations are available from the company home page. The handout materials include an introduction to the company, an overview of the design, a discussion of the licensing approach, identification of pre-application discussion topics and a brief about some of the legal issues associated with the plant licenses.

Both NuScale and Hyperion have successfully made the case to private investors that small nuclear plants offer something to the world market that does not currently exist – an emissions free, reliable replacement for diesel generators, small coal fired steam plants, and combustion gas turbines.

In the markets where these companies plan to compete, power prices are often in excess of 25 cents (US dollar cents) per kilowatt-hour. In most of the target markets, oil is the main source of electrical power, which makes entire economies dependent on the global market price fluctuations in the petroleum market. Wind, solar or biomass systems are often not an option due to land availability, weather patterns or food production needs.

Disclosure: I am the founder of Adams Atomic Engines, Inc. a company that has been seeking to build small, simple nuclear plants since its inception in 1993. I also publish Atomic Insights and produce The Atomic Show Podcast.

Corrected copy: When this was first published, I mistakenly credited the wrong university with the NuScale system development. The work was done at Oregon State University, not the University of Oregon.

75% of Greens OK with Nuclear Power

Have a tip for CleanTechnica, want to advertise, or want to suggest a guest for our CleanTech Talk podcast? Contact us here.
In this article:Hyperion, NuScale, small reactors 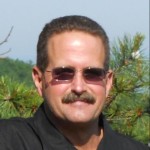 Hyperion is looking to transform transportation from the ground all the way on up to space with its new hydrogen-powered technology. This week, the... The new US "Affordable Clean Energy" plan won't save coal jobs but it makes plenty of room for bringing back nuclear energy jobs.

America’s nuclear power renaissance has been just around the corner for years, it seems. Even though 20 percent of all U.S. electricity is generated...